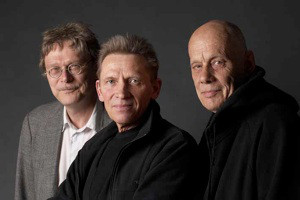 Danish worldmusic/folk group formed in 1977 when Peter Bastian, Anders Koppel, and Mehmet Ozan worked together on the soundtrack to the 1977 film “Aftenlandet”. Flemming Quist Moller joined them later. After the release of the album “Live”, Ozan quit the group. However, the trio remained together after several stand-ins. Folkmusic from Brazil, Africa, and the Balkans is their style. The band announced in May 2012 that they would be disbanding after the summer concerts. From discogs