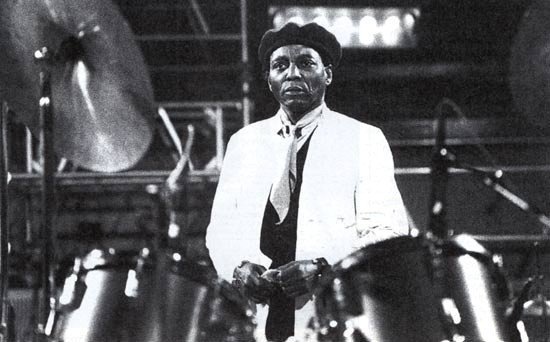 Look for separate entry for Beaver Harris – Don Pullen 360deg Experience. William Godvin “Beaver”, Harris, was an American jazz drummer who worked extensively alongside Archie Shepp. Harris was born in Pittsburgh. Harris is from an athletic family. Harris played baseball in his teens for the Kansas City Monarchs, which was then part of the Negro American League. He was also scouted by major-league teams the Brooklyn Dodgers or the New York Giants. He began to play drums only after he had served in the Army. Max Roach encouraged him to pursue a career in music after his national service ended in 1963. He worked with and/or toured in New York while he was there, including Marion Brown, Dexter Gordon and Joe Henderson. Harris also founded “The 360 Degree Music Experience”, a “world music band”. It featured some of the most important artists of the time like Buster Williams and Hamiet Bluiett as well as Don Pullen, Jimmy Garrison and Ron Carter. Harris was 55 when he died from prostate cancer.