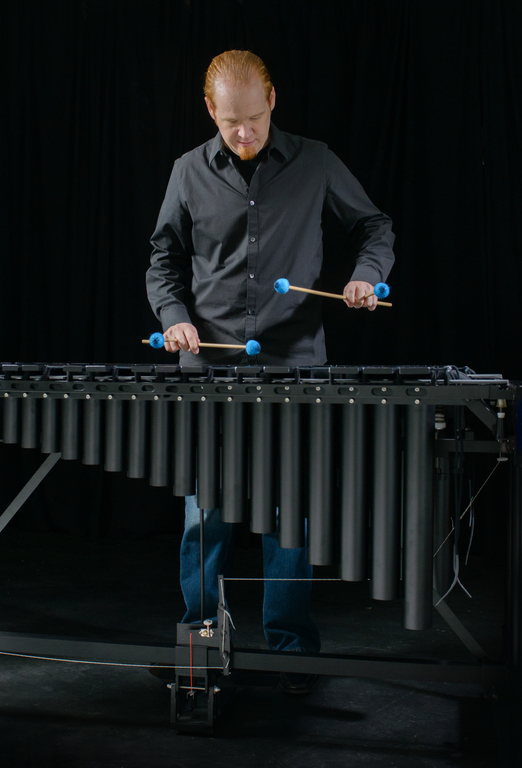 Behn Gillece, vibraphonist, has been a part of the New York jazz scene for nearly a decade. He is a skilled composer and virtuoso instrumentalist. He’ll be making his solo debut on Posi-Tone in 2015 with Mindset. The album showcases Gillece’s original compositions. Rick Germanson plays Fender Rhodes and piano, Paul Gill plays bass and Charles Ruggiero plays drums. Ken Fowser is featured on seven tracks. Gillece, a New Jersey native, began his musical training when he was a teenager. He started his career as a percussionist and then decided to take up vibraphone and compose, being inspired by Bobby Hutcherson and Milt Jackson. Gillece was a regular performer in his home state of Pennsylvania for several years before moving to New York in 2006. Gillece, who has been a sought-after sideman and leader/co-leader on the New York jazz scene since 2006, is most well-known for his work with Ken Fowser. PosiTone has four albums featuring the pair: 2009’s Full View and 2010’s Little Echo; 2011’s Duotone; and 2013’s Top Shelf. They have all been well-received by critics and received extensive radio airplay. Gillece has been a sideman or co-leader on over 20 other recordings. He most recently contributed to the albums of Walt Weiskopf, Melody Gardot and Ensemble Novo. Ensemble Novo is a Philadelphia-based group that performs Brazilian music in the bossa nova and MPB traditions. He continues to play and compose in new projects, based throughout the tristate region. Gillece has performed at many venues across the country including the Kennedy Center and the Kimmel Center, Smalls Jazz Clubs, Smoke Jazz Clubs, Fat Cats, Yoshi’s, Chris’ Jazz Cafes, and others. Gillece has performed at many festivals around the world, including the North Sea and Montreux festivals, Nice, Moldes, Ghent, Montreal and Toronto festivals. Gillece has been invited by colleges and universities in the region to teach masterclasses and clinics. His lessons can be accessed online via vibesworkshop.com where members worldwide have access to them. He has also prepared more than 200 lessons. Gillece completed his master’s at SUNY Purchase in spring 2008. Gillece was awarded and honored with the 2008 Jazz Improvisation contest at the Percussive Arts Society International Convention. He also participated in the 2009 Betty Carter Jazz Ahead residency and won the Generations competition in 2009. Behn Gillece is a musician who plays mallets and Malletech instruments. from www.behngillecejazz.com