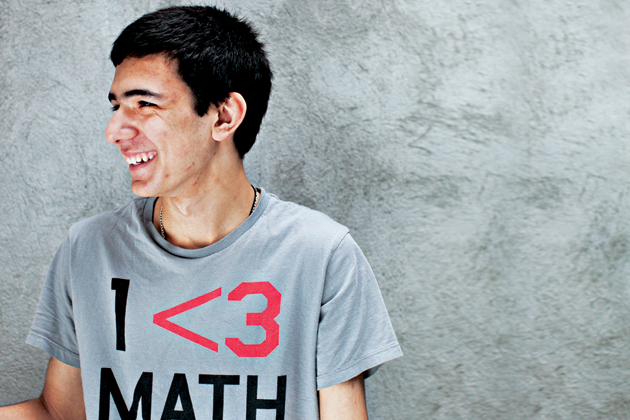 Beka Gochiashvili was conceived in Tbilisi (Georgia) on March 11, 1996. When he was two-and-half years old and barely reached his upright piano claviature when he surprised his father, he played some Scott Joplin Ragtime songs he had heard on the radio. At age 4, he began to watch Standards II by Keith Jarrett and Gary Peacock. This video was the one that ignited his passion for this trio and their performance style. Beka had already learned several piano pieces by age five. Valeri, his father was a musician and took him to Zurab Rajishvili in 2002, the most well-known jazz pianist professor in Georgia. He was impressed by the child’s ability and ability to play complex jazz compositions. He advised them to enroll Beka at classical music classes at Tengiz Chitaishvili’s school. Beka started jazz studies at nine years old under Zurab Ramishvili. He was playing in various jazz clubs in Tbilisi a year later. Beka was a participant in the 2007 Saulkrasti Jazz Festival, Latvia. His performance skills were highly evaluated by Victor Bailey and Lenny White. He also played in the 10th International Festival, “Georgians Play Jazz”, held at Tbilisi State Conservatory’s Grand Hall. Two State Department-sponsored cultural envoys were hosted by the US Embassy in Tbilisi in April 2008. They were jazz pianist Dan Tepfer, and Joel Harrison, Artistic director and Chief Executive Officer of American Pianists Association. Joel Harrison performed alongside Beka. They both highly praised Beka for her unique talent. Condlolezza Rice, the then Secretary of State, said that Beka was “one of the greatest jazz pianists I have ever heard anywhere” in her remarks following her July 2008 visit to Georgia. Beka and Mr. Ramishvili were able to travel to New York to audition at the Juilliard School of Music and Manhattan School of Music thanks to the efforts of John Teft (former US Ambassador to Georgia), Ms. Rice, John Harrison, and John Teft. Beka was accepted at both schools, which is not surprising. Beka traveled to Montreux, Switzerland in July 2009, with the support of Nikoloz Rurua (Minister of Culture and Monument Protection of Georgia) and was awarded the 1st prize in the Bosendorfer Solo Jazz Piano Competition at the Montreux Jazz Festival. This festival is highly acclaimed and Beka is its youngest participant. Beka was awarded many diplomas, including a diploma for participation at the Georgian-German Festival for Young Musicians and Performers Tbilisi 2003, a diploma for participating in a concert (Children’s Album), dedicated to the 165th anniversary Pyotr Tchaikovsky, and he also received a diploma for his participation in an international festival in Germany 2004. Beka was awarded a full scholarship by the Development and Reforms Fund of Georgia in 2009 and the Ministry of Education and Science of Georgia in 2011, 2011 and 2012. He also received diplomas for participation in a concert (Children’s Album) dedicated to the 165th anniversary of Pyotr Tchaikovsky, and diplomas for taking jazz piano lessons with Frank Kimbrough. He also takes private lessons with Fred Hersch, Danilo Perez and others. Gianni Valente, owner of Birdland (one of the most renowned jazz clubs), saw Beka’s performance in Jim Caruso’s Cast Party and decided to schedule a concert for him. Beka’s March 2010 debut concert at Birdland, USA, was a huge success. He went on to perform at many other famous venues and concert halls, including the Rialto Center for the Arts in Atlanta, GA, Creole in New York, NY and Birdland again in June 2010. New York, NY, Tbilisi State Conservatory in Tbilisi, Georgia, and at the Black Sea Jazz Festival in Batumi, Georgia in 2010, 2011, and 2012. Beka was awarded a $5,000 grant by Guram Shalutashvili in May 2010. Beka was a member Montreux on the Road and performed at the Wien and Montreux Jazz Festivals, and the St. Moritz Art Masters Series in the early autumn of 2010. Beka was named a semifinalist in the Monk Piano Competition in September 2011. His performance was highly praised and commended by the judges, which included Herbie Hancock (Danilo Perez), Jason Moran, Renee Rosness, Ellis Marsalis, Wayne Shorter, Renee Rosness, Renee Rosness, Renee Rosness, Renee Rosness, Ellis Marsalis, Wayne Shorter, and Renee Rosness. Beka performed at Birdland in December 2011, with Buster Williams and Leny White, Jaleel Shaw, and Darren Barrett. Beka was part of the Stanley Clarke Trio, Blue Note, New York. From March to September 2012, Beka recorded and released BEKA Gochiashvili. The album was produced by Leny White with the grant from Ministry of Culture and Monument Protection of Georgia. This album was also produced by Nikoloz Rurua, Ministry of Culture and Monument Protection of Georgia and Guram Shalutashvili and George Shengelaia of Exitus Entertainment LLC. Beka has been living in New York since 2010 with George and Nona Shengelaia, his legal guardians. He is home-schooled by them. bio by www.bekagochiashvili.com