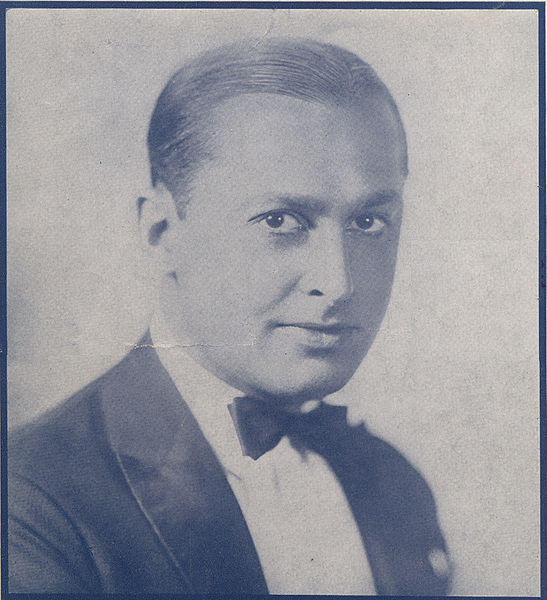 Popular bandleader Ben Bernie, who was best known for his composition of “Sweet Georgia Brown”, was a songwriter. He was born Benjamin Anzelwitz, N.Y.C. 1891. He studied at Columbia School of Mines and the NY College of Music. Bernie was a performer of monologues and a violin player in vaudeville before the 20th century. He teamed up with Phil Baker for a while. In 1922, Bernie founded a dance group and gained popularity through radio and recordings. Al Goering, pianist/arranger, was a force throughout his band’s history. The early lineup included Bill “Jazz”, Moore, and Jack Pettis as saxophonists. Later lineups featured Dick Stabile, an alto saxophonist in the early 1930s, and Gray Rains’ more swinging arrangements in the later ’30s. Bernie started his own radio show and was well-known for his humor and his trademark expression “Yowsah Yowsah!” He was known as “the Old Maestro” while his band was called Ben Bernie.