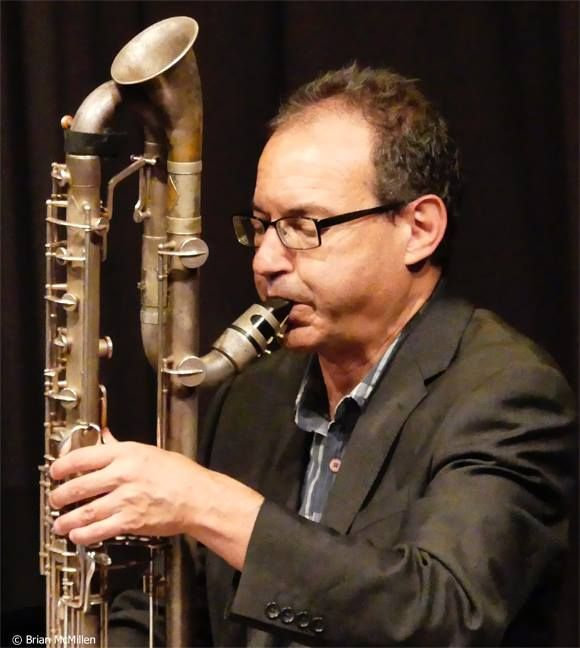 Ben Goldberg, clarinetist, was born in Denver, Colorado. He later earned an undergraduate music degree at the University of California Santa Cruz, and a Master of Arts in Composition at Mills College. Rosario Mazzeo and Joe Lovano were his teachers. Goldberg was first recognized as a member the New Klezmer Trio. He made his debut in 1991 with Masks and Faces. Two years later, he received a grant from the National Endowment for the Arts for a retrospective series that would feature the music of American jazz composers like Herbie Nichols and Thelonious Monk. This project saw him collaborate with Bobby Bradford and Andrew Hill. Goldberg returned to the stage two years later, this time with Melt Zonk Rewire, another New Klezmer Trio album. He also performed with Snorkel in 1996’s Live At the Elbo Room. Goldberg was the headliner on four new albums in 1998: Eight Phrases For Jefferson Rubin, Twelve Minor and Here by Now.