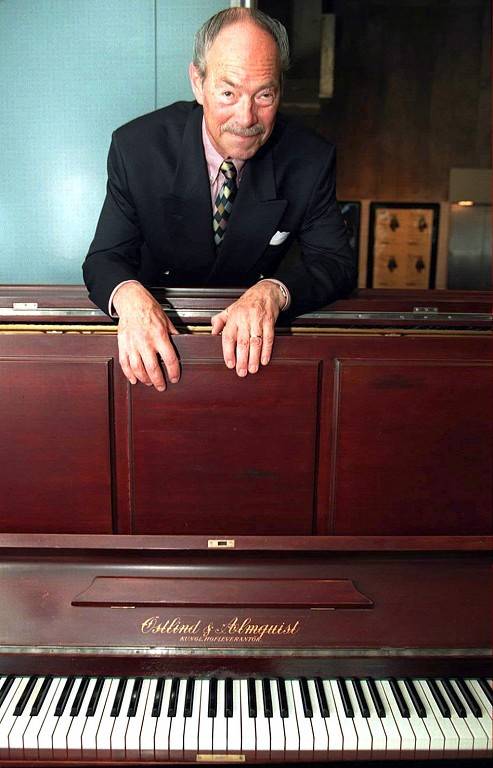 Bengt Hallberg, 13 September 1932 – 22 July 2013, was a Swedish jazz composer, arranger and pianist. Born in Gothenburg at the age 13 he was a classical pianist and composed his first jazz arrangement. He recorded his first album as a member in a group that was led by Thore Jederby at the age of 15. In 1949, he recorded the first recording with Arne Domnerus, a Swedish alto saxophonist. The two continued to perform together for many decades. Hallberg recorded “Dear Old Stockholm” with some of the most prominent American musicians in the 1950s. He also recorded “Ack Varmeland du skona” with Stan Getz in 1951. In 1953, Hallberg was joined by Quincy Jones and Clifford Brown. Hallberg was the first to be recorded in Jones’ arrangement. He also worked with Lars Gullin (a leading Swedish player at the time), during that same period. Both were part of the “Cool Jazz” scene in their country. They were influenced by Lennie Tristano’s American school, which Konitz loved. Hallberg was a versatile composer. He wrote music for television and film in his later years, as well as arrangements for choral and other choral works. He was among the participants in the December 1976 Jazz at the Pawnshop sessions, along with Georg Riedel and Domnerus. Chris Mosey says that Hallberg was “usually a very delicate and measured player, but [he] was clearly affected by the atmosphere, and here and then cuts loose with amazing force.” Congestive heart failure caused his death. From Wikipedia