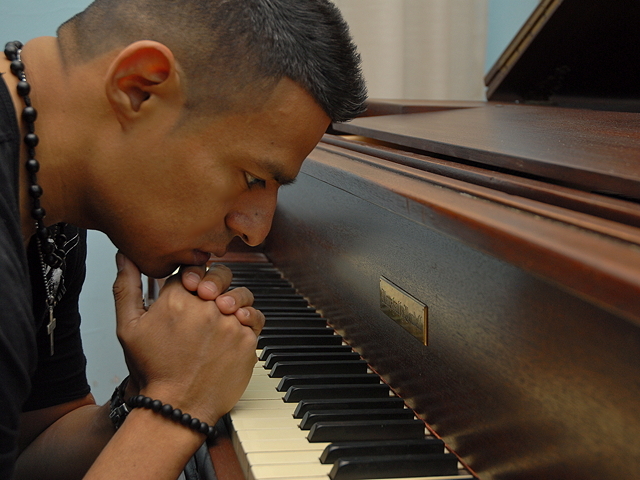 Passionate’s unique blend of jazz and world rhythms makes him a favorite performer around the globe. Benito Gonzalez has been recognized for being an outstanding pianist and composer with his debut album “Starting Point”, which was well received by Christian McBride (Rene McLean and Antonio Sanchez), and as the winner of 2005 Great American Jazz Piano Competition. Benito is currently working on a personal album that will be his second album as a leader. It will also feature him as an improviser. He has toured extensively with Kenny Garrett for six years and now has numerous international jazz club dates. Benito has performed on stage with Curtis Fuller and Pharaoh Sanders. Blue, Jackie Mclean, Kenny Garrett, and Nicholas Payton. His multi-cultural talent has led to numerous recording dates, from American jazz masters to West African musicians and Latin bands. He also serves as the musical director of several Venezuelan recording artists. The Benito Gonzalez Trio performed at The Kennedy Center, The Clarice Smith Performing Arts Center University of Maryland, and the Jacksonville Jazz Festival. There are many other notable jazz Festivals and Venues all around the globe.