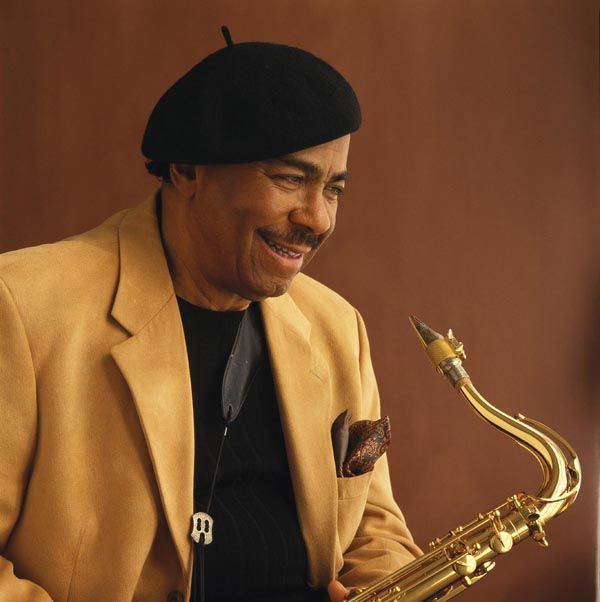 Benny Golson, born January 25, 1929, is an American jazz tenor and saxophonist. He is also a composer and arranger. In high school, Golson was a member of several promising young musicians in Philadelphia, Pennsylvania, such as Red Garland and Jimmy Heath, Percy Heath and Philly Joe Jones. Golson graduated from Howard University and joined Bull Moose Jackson’s rhythm and blues group. Jackson’s pianist was Tadd Dameron. Golson considered Dameron the greatest influence on his writing. From 1953 to 1959, Golson was in Dameron’s group, then with Johnny Hodges and Earl Bostic. He also played with Dizzy Gillespie and Art Blakey, as well as the Jazz Messengers bands of Dizzy Giillespie, Dizzy Gillespie and Dizzy Guillespie. Golson was in Harlem working with the Lionel Hampton Band at the Apollo Theater when he found out that Clifford Brown had died in a car accident. Golson was so touched by the incident that he wrote the threnody, “I Remember Clifford” as a tribute and song to a friend and fellow musician. Golson also composed many other jazz standards, including “Stable Mates,” Killer Joe,” Whisper Not,” and even “Along Came Betty”. Golson was the Jazztet’s leader from 1959 to 1962 with Art Farmer. Golson left jazz in 1962 to focus on orchestral and studio work for 12 more years. During this period, he composed music to television shows such as Ironsides and Room 222. In the middle of the 1970s, Golson returned back to jazz recording and playing. He reorganized the Jazztet in 1983. Golson was awarded the NEA Jazz Masters Award by the National Endowment for the Arts in 1995. Golson appeared in The Terminal (2004), a movie that was related to his appearance in A Great Day in Harlem. He has been touring regularly since 2005. Text contributed by users is available under Creative Commons By–SA License. It may also be available under GNU FDL.