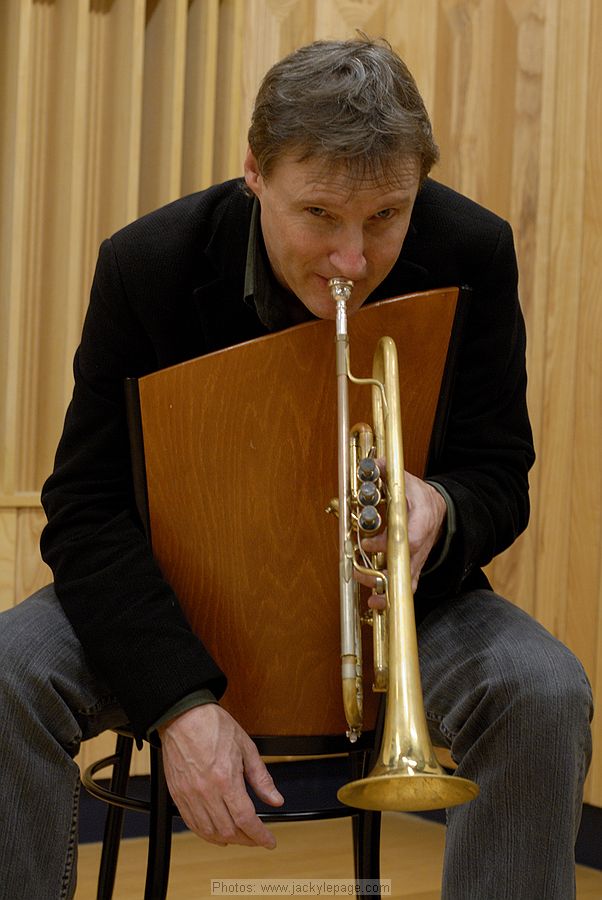 BERT JORIS trumpet composition Bert Joris was born in Antwerp (Belgium), in 1957. He receives classical lessons on piano, violin and acoustic basses. At the age of 14, he began playing the trumpet. He becomes interested in Jazz at the age of 14. His talents as a soloist are what get him hired by the BRT radio Jazz Orchestra in 1978. He remains with the band until 1987 and becomes one of its main soloists. In 1986, he releases Sweet Seventina, his first quartet album. Joe Lovano invites Joe Lovano and his quartet to record and tour “Solid Steps” in the same year. During this time, he also records and tours with the Joe Haider/Mel Lewis Orchestra. He has been playing around the globe with Philip Catherine, a Belgian guitarist. Enrico Pieranunzi asked him for his quintet. “Don’t Forget the Poet” was recorded in 1999. He has performed with many musicians and combos, including the “Michel Herr European Quintet” and “Philippe Aerts Quartet”, “Amsterdam Jazz5tet”, Joe Haider, Wolfgang Haffner and “Don’t forget the Poet”, Rob van Bavel and Tony Malaby. He is awarded the “DJANGO D’OR”, a prestigious prize, and is voted the best Jazz trumpet player by the Belgian public and critics in 1998. Bert Joris also works as a Big Band leader, and composer. He is a regular writer for the Brussels Jazz Orchestra, and often performs as a soloist. Six of their CDs were produced by him: “The September Sessions” and “The music of Bert Joris”, and “Signs and Signatures”, which are two of his compositions. “Meeting Colours” features Philip Catherine and himself as soloists. “Ten Years ago” is a collaboration with Richard Galliano. “Dangerous Liaison” contains four compositions for big band and symphonic orchestra. He was invited to be a guest composer and soloist with Vanguard Jazz Orchestra at the famed jazz club “Village Vanguard” in 2008. He wrote filmscores for: “Bal Masque” (Julien Vreebos), “De Kus” and “Dennis van Rita” (Hilde van Mieghem). Bert Joris is a respected pedagogue worldwide. He was the originator of jazz departments in Belgium, Antwerp, and Brussels. He taught in Holland at the Hilversum Conservatory. In Bern, he runs a highly successful trumpetclass as well as a Big band for 23 years. He has been invited to teach masterclasses all over the globe. He recorded live with the SJS Big band at Montreux Jazz Festival in 1998 and was also present at the IAJE convention, New York, with Clark Terry as guest soloist. In 2004, he was again invited to the convention to perform his music with the Brussels Jazz Orchestra. This concert was a highlight of the convention. Bert has been touring and recording since 2000 with his own quartet, Dado Moroni (pn),Philippe Aerts (b), and Dre Pallemaerts (dr). Their album “Magone” (Dreyfus Records) won several awards, including the Disque d’emoi and Choc music awards. As a soloist, conductor, composer and conductor in a project called “Creating Chances”, Bert Joris performed in the ten most prestigious concert halls in Belgium in autumn 2009. In February 2010, Bert Joris received the Flanders Cultural prize 2009 in the music category. He was named “Maestro Honoris Causa” by the Antwerp Conservatory Foundation in 2012. From www.bertjoris.com