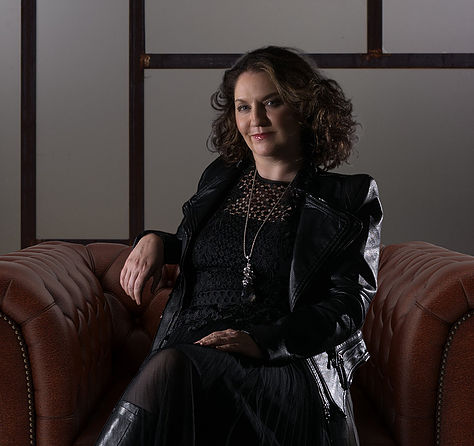 My debut album SEASONS of Love was released in 2012. I was thrilled with the overwhelming positive reaction it received, which included plays on BBC Introducing as well as great reviews in Jazz Journal (Jazzwise) and Jazz Journal. The album was toured across the country, starting at Callander Jazz and Blues Festival, Marsden Jazz Festival and Pizza Express. I received great reviews and had a great time. Six years later, we’re releasing Jazz Just Wants to Have Fun (JJWTHF) my second album. It’s a little different…but, before I tell you all about it…BACKGROUND I am a Yorkshire Lass with Irish roots. Because of the joy it brings me, I started singing. It’s something that I have done since childhood, whether it’s singing along to my Dad’s jazz records or Mum’s Abba music, or anything else. Although it’s a part me, I find it very fulfilling. Professionally, I began singing classically. This was a great start, as it gave me a solid foundation in singing and gave me an understanding of the anatomy of the voice. Then I tried out different things, including being in a Rock Band and musical theatre. But, my love for jazz was the driving force behind all of this. I was a terrible singer. I didn’t like to sing straight. I wanted to add my voice to the song, to the beat, to the harmony, to feel the music in my own way and follow my own path. That sense of self-expression and personal identity is what attracted me to jazz. It’s why choosing the right tunes is so important. I want to feel, express, and live the song in that moment. My teacher once said to me that music doesn’t choose you, but it does choose you. Sometimes there is a sense that it is destiny. JAZZ EDUCATION I studied Jazz under Graham Hearn, one of the founders of Leeds College of Music Jazz course. I also took Professional Development Courses with Tina May, Lee Gibson and Trevor Tomkins. I still learn from every performance and with all my fellow musicians… I also have a Drama Certificate.