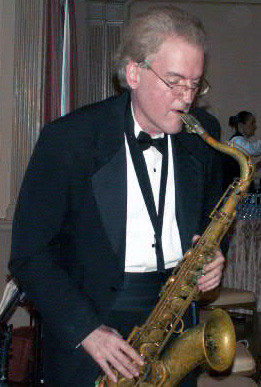 Bill Holman (born May 21, 1927) is an American songwriter, conductor, composer/arranger, and saxophonist working primarily in the jazz idiom. Born Willis Leonard Holman in Olive, California, near Santa Ana, Holman took up clarinet in junior high school and tenor saxophone in high school. By his late teenage years he was leading his own band. After serving in the United States Navy, where he studied engineering, he decided in the late ’40s that he wanted to write big band music. He studied for a while at the Westlake College of Music in Los Angeles. His teachers included Dave Robertson and Dr. Alfred Sendrey. He also studied composition privately with Russ Garcia and saxophone with Lloyd Reese. Holman played with the Ike Carpenter Band in 1949. During the ’50s he was active in the West Coast jazz movement, playing in small bands led by Shorty Rogers and Shelly Manne. He wrote for Charlie Barnet in 1951; began his association with Stan Kenton in 1952, for whom he wrote and played for many years, eventually becoming Kenton’s chief arranger and creating a large portion of the band’s 1950s repertoire; and co-leading a quintet with Mel Lewis in 1958. In the ’60s Holman widened his writing associations, eventually contributing pieces to libraries and recordings of bands led by Louie Bellson, Count Basie, Terry Gibbs, Woody Herman, Bob Brookmeyer, Buddy Rich, Gerry Mulligan, Doc Severinsen, and others. He has also written for such singers as Natalie Cole (her Grammy winning “Unforgettable” album, among others), Tony Bennett, Carmen MacRae, Mel Torme, Woody Herman, Anita O’Day, Sarah Vaughn, June Christy, and the Fifth Dimension. His arrangement of “Take The ‘A’ Train” for Severinsen’s “Tonight Show Orchestra” earned Holman a Best Instrumental Grammy in 1987. Holman has maintained The Bill Holman Band, a loose group of colleagues and top-flight studio players who specialize in playing Holman’s writing, sporadically since the late 1950’s. The band has made several albums: 1960’s “Great Big Band” 1988’s “The Bill Holman Band”; 1995’s “A View From The Side”, for which Holman won a Best Instrumental Composition Grammy for the title track; and 1997’s “Brilliant Corners: The Music of Thelonious Monk”. 2005’s “Bill Holman Band Live”, which was nominated for a Best Large Jazz Ensemble Grammy. Since 1980 Holman has been increasingly active in Europe, writing, conducting and playing lengthy works for the West German Radio Orchestra in Cologne, Germany, and the Metropole Orchestra in the Netherlands, that feature such soloists as Phil Woods, Sal Nistico, and Lee Konitz. User-contributed text is available under the Creative Commons By-SA License and may also be available under the GNU FDL.