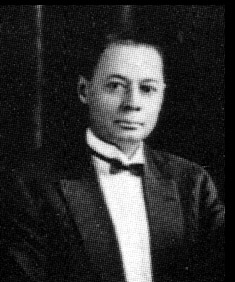 Bill Johnson was one of the first to bring the New Orleans style Jazz outside of New Orleans. He was also the leader of a California band in 1909. He sent for Freddie Keppard in 1912 and other New Orleans musicians. The Original Creole Orchestra toured the country from 1918 to 1918 under his name on the Orpheum circuit. They were very popular and introduced Jazz to their Northern audience. Johnson was the one who secured the gig at Chicago’s Royal Garden. King Oliver hired Johnson to lead the band. The Original Creole Orchestra became King Oliver’s Creole Jazz Band. Johnson continued playing bass until the group disbanded in 1923. For many years, he led his own band in Chicago and played in several of Johnny Dodds’ bands. He continued to live in Chicago and continue to play until the 1950’s, when he moved to Mexico. Bill Johnson’s sister Anita Johnson Gonzales was Jelly Roll Morton’s lover and business partner. Morton claimed they were married, but no legal documents can be found to support this claim. Redhotjazz.com