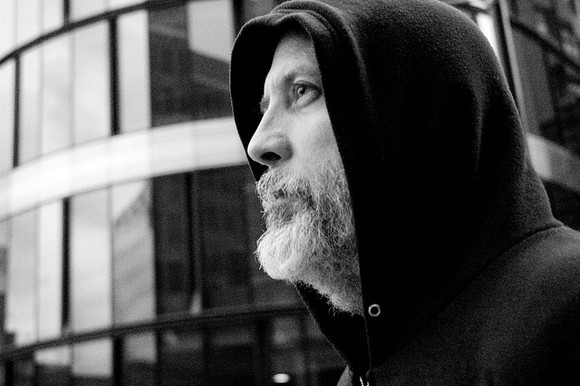 Bill Orcutt, born February 2, 1962, is an American composer and guitarist whose music combines elements from blues, punk and free improvisation. After seeing Muddy Waters’ The Last Waltz, Orcutt started playing guitar in Miami as a teenager. He formed the band Harry Pussy in 1992 with Adris Hoyos, a Cuban/American singer and drummer. The couple split in 1997 after the band disbanded. Orcutt left the band to move to San Francisco. He returned in 2009 with an album of solo guitar called A New Way To Make Old Debts. It was well-received and ranked 3rd in The Wire’s annual “Rewind.” list. His second album, How The Thing sings, was also well received and reached number 3 on NPR’s Best Outer Sound Albums of 2011. Orcutt has been touring extensively since 2009, appearing at festivals across the US and Europe such as Hopscotch and Incubate. Orcutt is a typically solo performer. However, he has recorded or performed with Loren Mzzacane Connors and Chris Corsano, Peter Brotzmann, and Alan.