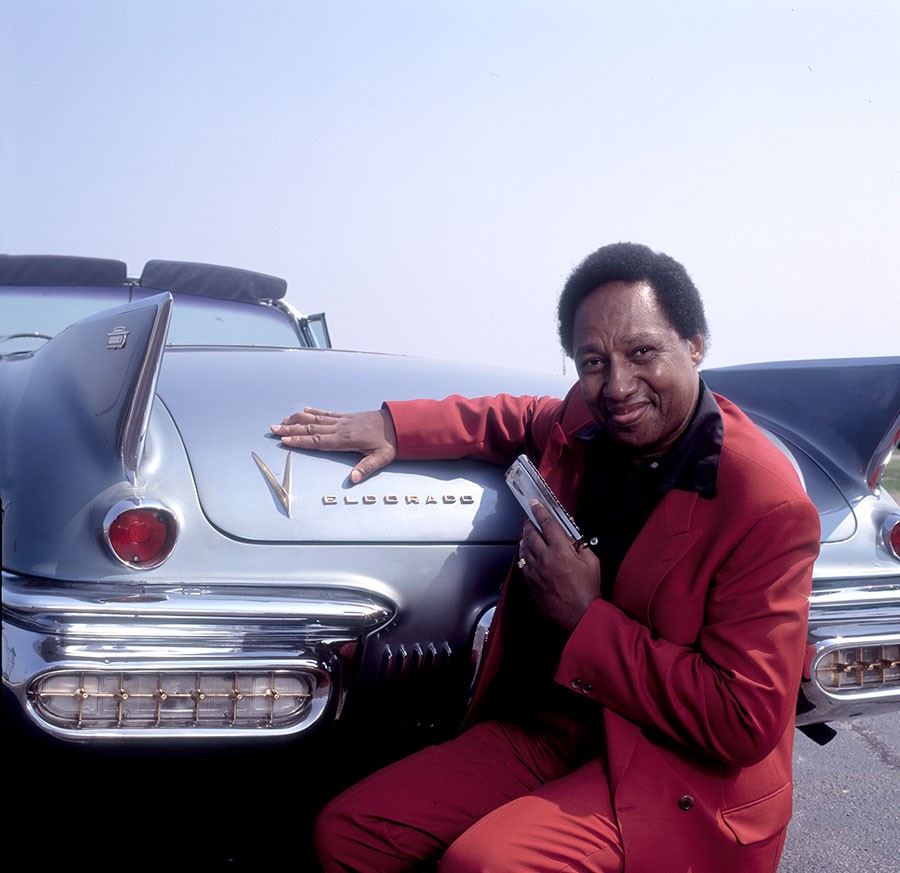 His career spans three historic blues eras. As a teenager, Arnold was mentored by John Lee “Sonny Boy”, a harmonica master who had helped to define the Chicago style in the mid-20th century. Arnold started playing professionally right as Muddy Waters’ and his contemporaries began the postwar blues rebellion. In 1955, Arnold participated in the birth of rock ‘n roll. He’s often credited for inventing one of rock’s most famous stage names. William Arnold was born in Chicago in 1935. He grew up admiring Williamson and other midcentury Bluesmen, many of whom were associated with Chicago label Bluebird. They were creating an urbanized version of the traditional acoustic blues, which is still popular in the south. Williamson, who had revolutionized blues harmonica and transformed it into a lead instrument similar to the saxophone, was one of the pioneers of this new sound. Arnold had the opportunity to meet Williamson for a memorable tutoring session just weeks before Williamson was killed walking home from a gig. Arnold was inspired and hit the local circuit in 1953. He released “I Ain’t Got No Money” b/w “Hello Stranger” on Chicago’s small label Cool. But these simple 12-bar blues recordings barely hint at the future. Arnold started working with Ellas McDaniel (a young singer-guitarist) within a year. She was busking in the south and west with Jody Williams, and Roosevelt Jackson, a member of the Langley Avenue Jive Cats. McDaniel, along with his band, which was now joined by Jerome Green on maracas and Jody Williams, began auditioning for raunchy blues. They had a strong, off-center beat that was appealing to several local labels. Finally, they were accepted at Chess Records. The song was originally called “Hey Noxema”, or “Uncle John,” but Leonard Chess directed them to change the title to “Bo Diddley”, which almost immediately became McDaniel’s stage name. Arnold, according to several sources, suggested the idea. The other side, “I’m a Man”, featured Billy Boy’s harmonica atop a lurching stop-time cadence that was testosterone-driven. This group of young African American urbanites was aggressively displaying their masculinity in the face Eisenhower-era America. Pop culture would never be the exact same. Arnold was also featured on Bo Diddley’s song “She’s Fine She’s Mine” later in the year. However, Arnold had already signed with Vee-Jay and released a series singles from 1955 to 1957. These discs and the Diddley sides are the foundation of Arnold’s renown among collectors. Two of his Vee Jay songs, “I Ain’t Got You”, and “I Wish You Would” were both recorded in 1955. They eventually earned Arnold “mainstream” recognition (read “white”) when the Yardbirds revived them on their 1965 album For Your Love. Arnold remained in “living legend” limbo for the next several decades. He was idolized by collectors, lauded as a conquering hero, but otherwise largely ignored. In 1993 Arnold made a comeback to the States with Back Where I Belong (Alligator). Since then, he has continued to record – his most recent album is 2014’s Blues Soul of Billy Boy Arnold. (Stony plain) – and he has been occasionally active as a live performer. He contributed “I Wish You Would” to the 2009 anthology Chicago Blues: A Living History(Raisin’ Music), along with covers by Williamson and Tampa Red. He dug deeper into his roots for the Electro-Fi album Billy Boy Arnold Sings Big Bill Broonzy in 2012. Arnold’s 1950s discography is not very impressive–nearly 20 sides, none charted–but those early recordings offer a glimpse of music that was in the throes radical and cataclysmic change. This history is now over. But, Billy Boy Arnold is still revered for his contribution to the blues and R.