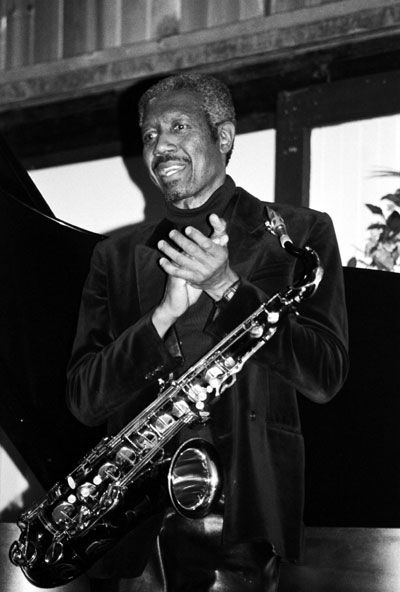 Billy Harper’s music creativity was first recognized in Houston, Texas. At age five, he was already singing at religious and secular functions, and was participating in solo and choral singing events. He formed his first Billy Harper Quintet at Evan E. Worthing High school at the age of 14. He graduated cum laude and went on to study music theory and saxophone at North Texas State University, where he earned his Bachelor of Music degree. He went on to graduate at NTSU, where he was a member the “big band”. 1965 was the first year that the University’s big-band won the Kansas Jazz Festival’s first prize. Harper arrived in New York in 1966. He began to attract the attention of some of jazz’s greatest figures, including Max Roach and Thad Jones, Mel Lewis and Lee Morgan. From 1966 to 1979, he performed, recorded, and toured Europe and Africa with these groups as well as his Billy Harper Quintet. The Billy Harper Quintet gained notoriety in its own right. Harper and his ensemble were featured on “The Big Apple” a 1966 NBC-TV special. With greater exposure, came larger audiences and higher demands for appearances. Harper has experienced a steady progression in spiritual growth and innovation throughout his career. Harper says, “My belief is that music should serve a purpose. It has always been used to heal, uplifting and meditate in the past. That’s how I see my music. People have come up to me after listening to a program and said that the music helped them feel spiritually healed. If that happens, I know we are doing what we were meant to do. It’s okay if people are entertained. My music serves a greater purpose than that. Harper is a lecturer and teacher at Rutgers University and Livingston College. Harper has been awarded a New Jersey State Council for the Arts special grant to teach improvisation in 15 high schools. He was awarded and honored with three Music Composition Grants, two from the National Endowment of the Arts and one from the Creative Arts Program. The International Critics Award in Tenor Saxophone was also awarded to him for two consecutive years. In 1976, Black Saint, Billy Harper’s debut album as a recording artist, was a huge success. His innovations were praised by all the reviews, and the Modern Jazz League of Tokyo named the album “Jazz Record of the Year- Voice Grand Prix”. Text contributed by users is available under Creative Commons By–SA License. It may also be available under GNU FDL.