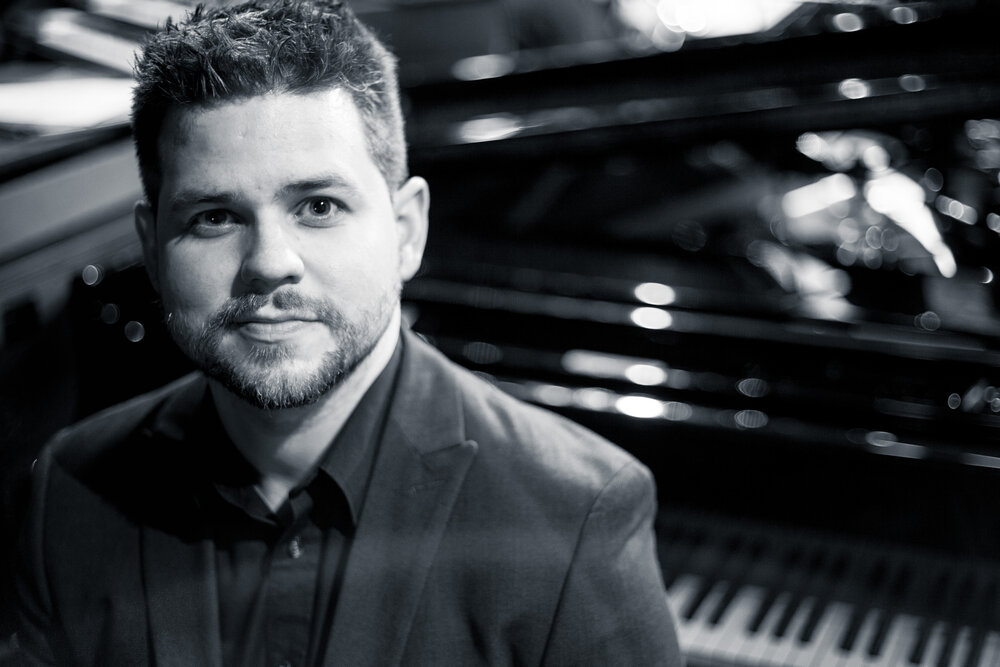 Billy Test, a Pennsylvania native, is a pianist and composer. He also arranges music and is an educator. Billy currently holds the piano chair in WDR Big Band Koln, Germany’s Grammy-winning WDR Big Band. He also keeps a busy schedule as a composer, performer, educator, and writer. Billy’s piano playing combines the joys and sorrows that come with jazz and blues, and the finesse of classical music. His warm tone and clear touch can make you roar with joy or cry with sorrow. His improvisations are always spontaneous and in the moment. He prefers to take chances and be bold than keep it safe. Billy was born in Philipsburg, Pennsylvania and moved to New York City to pursue his musical dreams. He performed at Carnegie Hall and The Village Vanguard with many artists, including Joe Magnarelli and Miho Hazama. Outside of Manhattan, Billy has performed at venues such as The Kennedy Center in Washington, D.C., Blues Alley, Smalls, and Mezzrow with artists including Rich Perry, Miho Hazama, Joe Magnarelli, Rich Perry, Joel Frahm, Tony Moreno, Marc Mommaas, Ron Horton, Michael Feinberg, and Chris’s Jazz Cafe, Philadelphia. Photo by Julia Goldsby. Since September 2018, Billy has been the pianist with the WDR Big Band, a Grammy-winning band from Koln. Billy is a member of the WDR Big Band, where he plays under the guidance of Vince Mendoza and Bob Mintzer, and has performed at numerous European jazz festivals including the London Jazz Festival, Berlin Jazz Festival, and other top European jazz festivals. His arrangements and compositions have been played by the WDR Big Band, and his solo performances have been well-received. Billy is a William Paterson University alumnus, where he studied with Mulgrew Miller. He is a graduate of Manhattan School of Music where he studied with Phil Markowitz and Jim McNeely. Billy was a finalist at the 2019 American Pianists Awards. He received second place in 2017 Montreux Solo Piano Competition and was also a semi-finalist at the 2012 Nottingham Solo Piano Competition. From www.billytest.com