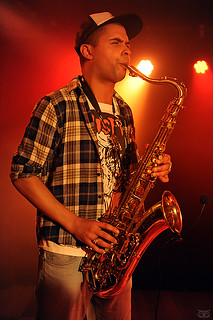 Binker Golding is truly the best saxophonist at the moment. Golding is a highly skilled musician, composer, and occasional conductor. He has performed with everyone, from Moses Boyd to Yussef Dayses to Evan Parker and Denys Baaptise. Abstractions of Reality Past, Incredible Feathers is Golding’s first quartet album. It goes against the grain, as it does often. This album is a departure from Binker’s more rhythmic and riff-heavy collaborations with Moses Boyd, as well as his avantgarde project with Elliott Galvin. The band’s leader puts a greater emphasis upon melodic and harmonic development in all his compositions and arrangements. This is reminiscent of the more complex jazz fusion of late 80s and early 90s. All tracks were recorded at Abbey Road Studios. James Farber mixed them. His prolific discography includes albums from Joe Lovano, Michael Brecker, Brad Meldhau. You’ll find a modern twist with the London jazz scene heavyweights Joe Armon-Jones, Daniel Casimir, and Sam Jones on drums. From www.roughtrade.com