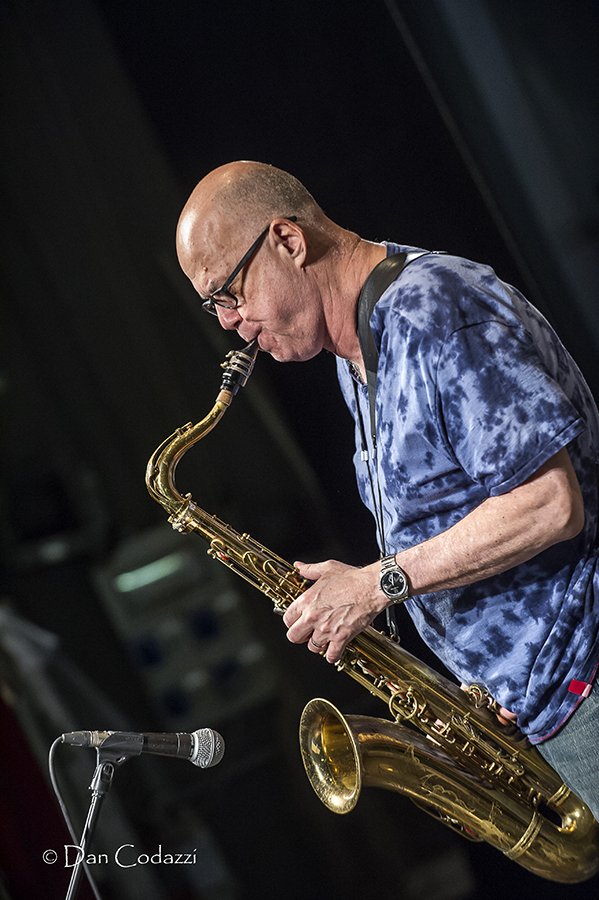 Bob Sheppard, multi-woodwind specialist, has had a varied career that has seen him become a top musician in jazz, pop, and studio music. His collection of clarinets, flutes, and saxophones has been the focus of his diverse career. His resume is full of superstar names, and jazz critics have raved about him for years. But such praise is simply Sheppard’s dedication to his craft and years of steady work. Close Your Eyes is his debut CD on the BFM Jazz label. Sheppard wanted to create an interactive, sonically rich jazz experience when he entered the Close Your Eyes recording session. He has developed working relationships with some of the most talented musicians from both the east and west coasts by dividing his time between Los Angeles and New York. Sheppard met Antonio Sanchez, a top NYC drummer who is well-known for his work with Pat Metheny. Sheppard assembled a strong rhythm section and chose Gabe Noel as his bassist. He also split the organ and piano duties between long-time friends John Beasley, Alan Pasqua, and the pianist, Gabe Noel. This CD features the contributions of Alex Sipiagen (trumpeter), Walter Rodriguez (percussionist), and Larry Koonse (guitar). Sheppard has been an unwavering member of the Billy Childs Ensembles for more than a decade. He has also toured with Steely Dan, Boz Scaggs and Queen Latifah over the years. His diverse talents have been brought to recent performances with James Taylor and Natalie Cole, as well as with Joni Mitchell, who performed on her four-disc set and Shine, her 2007 Grammy-winning album. Mitchell and Herbie Hancock also recorded a live studio video. He also collaborated with Freddie Hubbard for eight years, as well as tours and performances with Chick corea’s group Origin, Mike Stern and Nat Adderly. His most notable recording credits include Scott Henderson and Mark Isham and Otmaro Ruiz. Bill Cunliffe, Kurt Elling, Marilyn Scott and Michael Franks. Other pop icons include Stevie Wonder, Rickie Lee Jones and Rod Stewart. Sheppard can often be seen solo on American Idol, America’s latest pastime. Bob Sheppard’s intuitive style has been refined through his collaborations with a wide range of artists and over 100 soundtracks for movies and TV. Sheppard, who earned his Master’s degree from the Eastman School of Music has drawn upon his musical experience to deliver musical intelligence, commanding technique, and an inviting sound to each performance. Sheppard, a passionate music educator and part-time faculty member of the USC Thorton School of Music is Sheppard. He also frequently speaks at colleges across the country. From www.bobsheppard.net