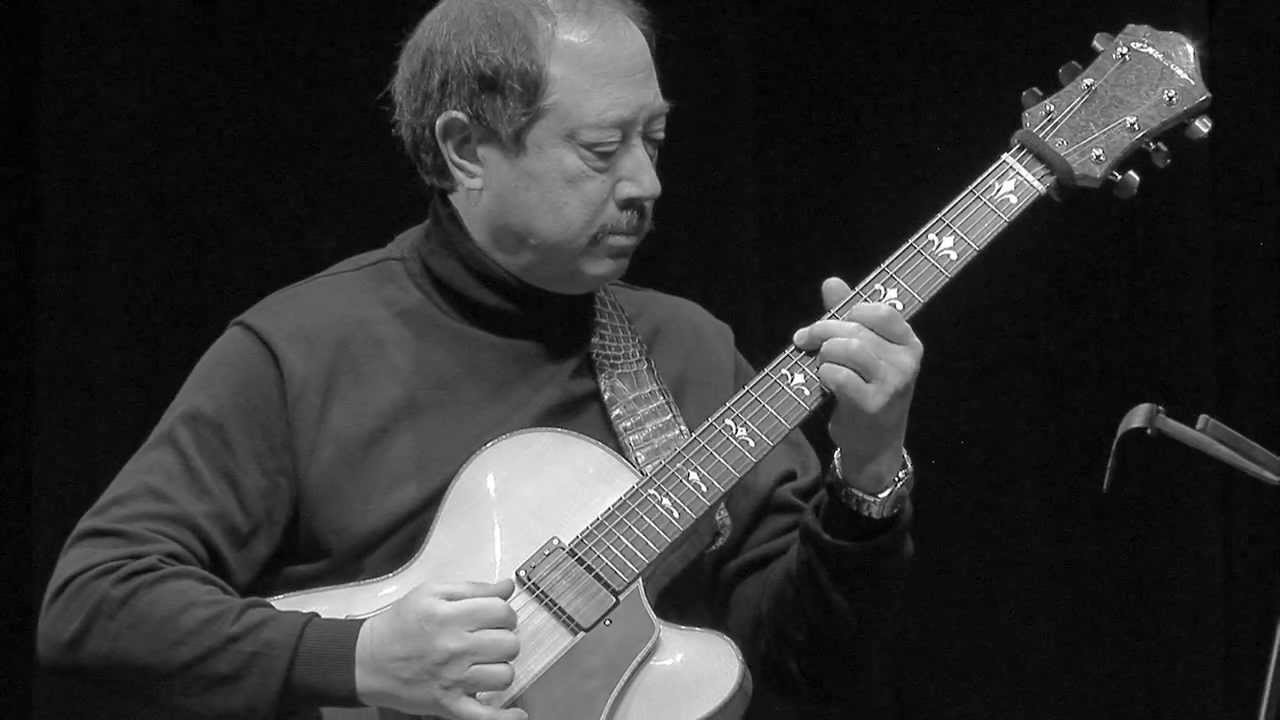 Bob Shimizu started playing the guitar at the age of twelve. His fascination with the sound and feel of the guitar is what got him started in music. Bob believes that the guitar is the “King”, of all instruments, in popular music. It is both easy to play poorly and hard to play well. It’s an endless source of inspiration and personal challenge. John Shacklett was an early contemporary to Wes Montgomery’s. Bob studied with him. Bob studied with Mr. Shacklett in Madison, WI and at Norfolk State College, Hampton, VA. He then went on to perform with the University of Maryland Jazz Ensemble where he majored both in composition and performance. Bob founded Come Out Swinging in Washington DC, an avant-garde jazz group. Bob performed at Cellar Door and Blues Alley, The Wax Museum and One Step Down to great acclaim. He also appeared on the WPFW, WMUC, and WDCU radio stations. After a long hiatus from performing, Bob decided to return to music in 2008. This led to a remarkable rise. Bob says, “Years spent playing music and a long break lead to my decision to give music an opportunity it has never had.” I thought, “What if I invested all of my resources in this endeavor?” Signal Strength was born, and Bob recorded “Cuchillero”, his first original and self-produced album. “Cuchillero”, which was a top-ten hit in almost 20 markets, did well on college radio. Bob and the band also started making a mark in the Phoenix music scene by playing at some of the best clubs in the area (Voce Skye, The Raven). A meeting with Mike Florio, AZ-based jazz manager and club owner (Nelson Rangell. Joey DeFrancesco. Marion Meadows. etc.) led to a new beginning. Bob began to improve his game and this led to another fresh start. Clarke Rigsby, a noted producer (Tower of Powers, Jimmy Smiths, Joey DeFrancescos, etc.), joined the team. The three men teamed up with Clarke Rigsby (Tower of Power, Jimmy Smith, Glen Campbell, Annie Sellick) to rework an entire book of original material. They also planned a new jazz album that would be performed, rather than compiled like modern recordings. These are the results. We are happy to present Bob Shimizu’s first book, “First.”