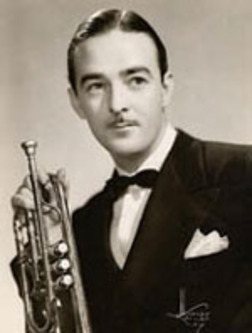 Bobby Hackett was born on 31 January 1915 under the name Robert Leo Hackett in Providence, Rhode Island. Bobby, later to be the most prominent white representative of Dixieland Jazz, was a child who learned guitar, banjo and violin. At 14 he left school and began playing in local dance orchestras. He learned to play the trumpet, and he performed with Teddy Roy and Pee Wee Russel in Boston at the start of his career. Shortly after, he became a professional trumpet player. He also played guitar parallel throughout his career. In fact, he took over Herbie Marsh’s band. Hackett was a star soloist and went to New York with Eddie Condon’s band in 1937. Hackett performed with his own bands at various clubs on 52nd Street. This is where most New York jazz musicians are based. Hackett, along with Bix Beiderbecke who was his idol, was considered the most important representative from the Dixieland era. He also influenced Modern Jazz musicians. Bobby Hackett, a Chatham, Massachusetts native, died from a heart attack on June 7, 1976. Text contributed by users is available under Creative Commons By–SA License. It may also be available under GNU FDL.