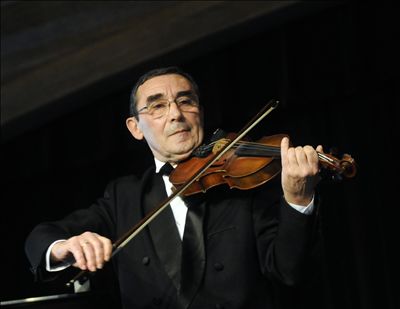 Boris Savchuk is a violinist virtuoso who was born in Ukraine. He began studying music when he was six years old. He is classically trained and plays the viola as well as the violin. Boris immigrated to Israel with his family in 1990. He now lives near Ashdod. Boris is a specialist in Jazz, Improvisational Violin and Viola. He also includes Romantic music and Latin music in his vast repertoire. Boris is highly respected in Israel’s music and artistic community. He has performed three US tours including debuts in New York, Atlanta, Annapolis and Washington DC. Boris released Alone and thinking about you… in 2015, an album of romantic jazz. He is also a recording and performance artist from Israel. Boris is known for his playing of Klezmer, Yiddish and Chassidic traditional Jewish music that has roots in Eastern European culture. He has released seven CDs of Israeli Jewish music and three in the USA in different genres. He is often featured as a guest artist along with other musicians or vocalists. From http://jazztimes.com