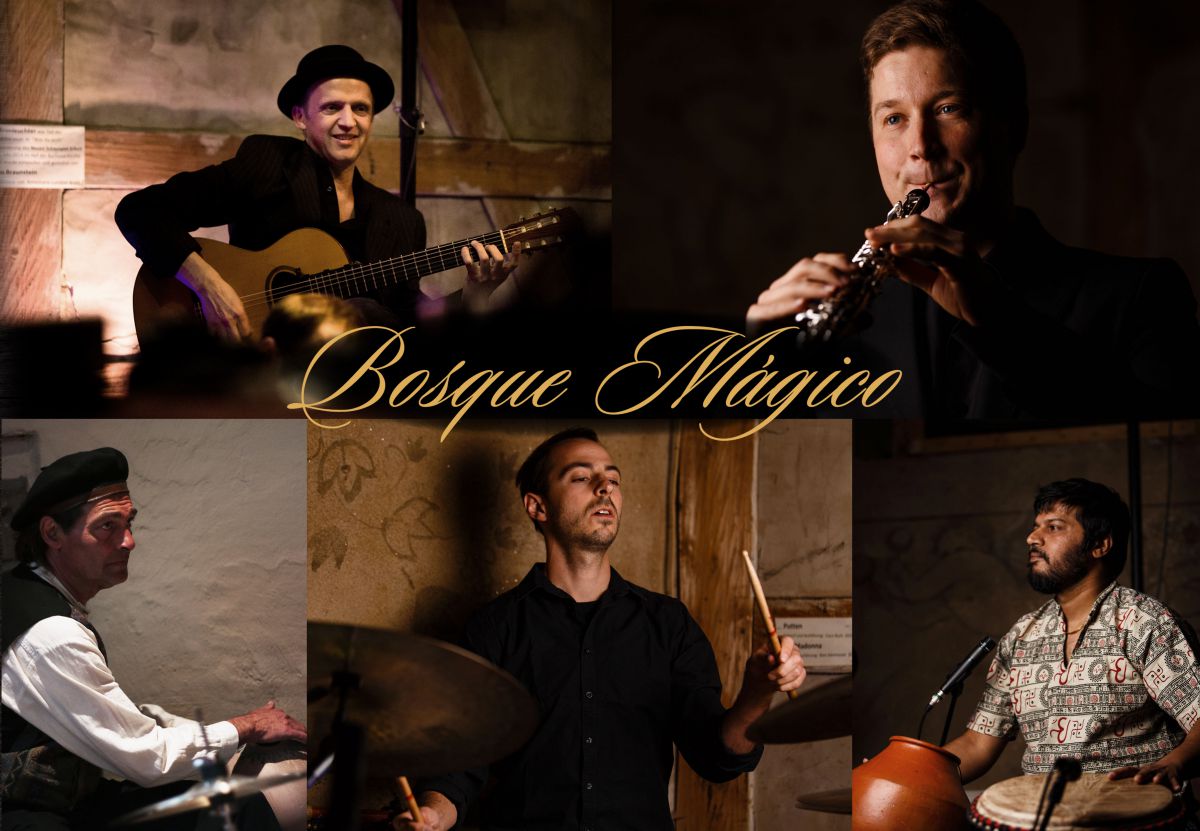 Bosque Magico, the new project of Ralf Siedhoff (German world musician) and Mykyta Sirov (Ukrainian oboist). They both live in Weimar, a quiet town that is steeped in world music. Their duo Bosque Magico fuses languages, cultures, and distances into a common musical line. Bosque Magico’s oboe transforms classical music into something completely new. This instrument opens up a world of rare sounds, with improvisations that are influenced by jazz, flamenco and classical Indian music. Ralf Siedhoff sees the guitar as an orchestra. His individual skills, which he uses to play the guitar with his right hand, a mixture of flamenco music and jazz technic, give his compositions a unique and impulsive rhythm. He is a guitar whisperer that can be as extravagant as it is sensuous. The music is enhanced by the talented, intuitive and intuitive percussionists Ernesto Martinez (Spain), Karthik Mani from India and Magnus Dauner (Germany). Manuel and Carmela Delgado are father and daughter and play flamenco guitars and bandoneon. from https://naxosdirect.com