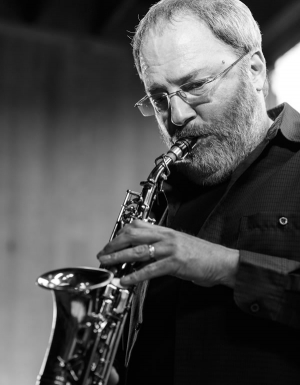 For many years, the College of Southern Idaho’s Director of Jazz Studies was Brent Jensen. He now lives in Seattle. Jensen, who was the artistic director of the CSI Jazz Summit, and the Jazz Saturdays workshop series in Idaho, was a key force in cultivating new musicians and bringing top-notch jazz events to the state. This created a rich culture that has remained since his departure. Brent Jensen was born in Boise and studied with Lee Konitz, a jazz legend in New York City. He received a grant from the Idaho Commission on the Arts in 1987. He was the featured winner in the Woodwinds On Fire international talent search, conducted by Jazziz magazine in 1996. He has performed with many jazz artists, including Gene Harris and Bobby Shew, Gary Foster and John Clayton. Brent’s nine recordings were heard on national radio and featured in major jazz periodicals. “The Sound of a Dry Martini” was his debut CD on Origin. It charted on JazzWeek for thirteen weeks during the spring 2002. Selections are still being played on many jazz radio stations in the United States 17 years later. “Dry Martini”, also on Jazzweek’s Top 100, and NPR JazzWorks’ Top 25 lists in 2002. Brent’s second recording, “Stay Cool”, was included on Jim Wilke’s (“host of Jazz After Hours”) “Favorite Jazz CD 2002”. His duo recording, “We Couldn’t Agree More”, with Bill Anschell was selected by Jazziz magazine as a Critic’s Choice pick and is one of Jim Wilke’s “Best Northwest Jazz” CDs. from https://originarts.com