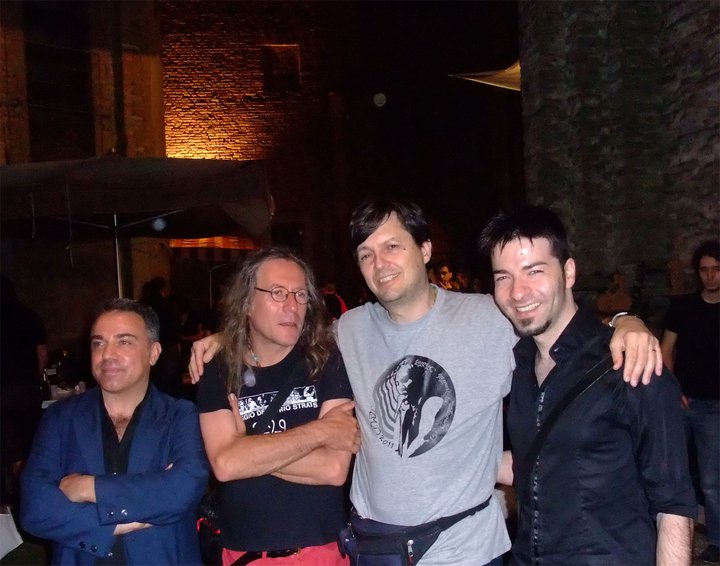 BREZNEV FUN CLUB is a musical group led by Rocco Lomonaco, a Milan-based composer. It also features the lyrics of Franco Sciscio. Their roots go back to the early 90s. The material on their debut album, BREZNEV FUN CLUB, actually hails from the decade that was 1990s. However, it was recorded in 2009. Altrock Records is expected to release their second album within the year. Although I have not yet heard the full debut album, PA’s Assaf Vestin can confidently describe the BFC sound. “Just when you don’t expect it, music changes from a modern, orchestral, peaceful type to a blatant avant progressive rock (still with elements the orchestra playing along). The multi-section pieces are a great example of how the music can take unexpected turns and create a new theme. Fans of Yugen, Garamond and Societa Annima Decostruzionismi organici will love their bold, but welcoming sound. They may also have a little Picchio da Pozzo spirit, as their label suggests.