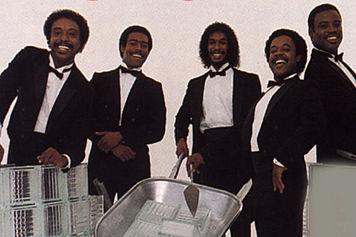 Brick, an Atlanta band, was responsible for a successful blend of jazz and funk in the 1970s that they called “dazz”. Brick’s roster included lead vocalist/saxophonist/flutist Jimmy Brown; guitarist/bassist/vocalist Regi Hargis Hickman; lead singer Ray Ransom, who doubled as a bassist/keyboardist/percussionist; and Eddie Irons, who did lead vocals and played drums and keyboards. Before signing to the CBS-distributed Bang label, they recorded “Music Matic” in 1976 for Main Street. Their first Bang single, “Dazz,” reached the top of the R