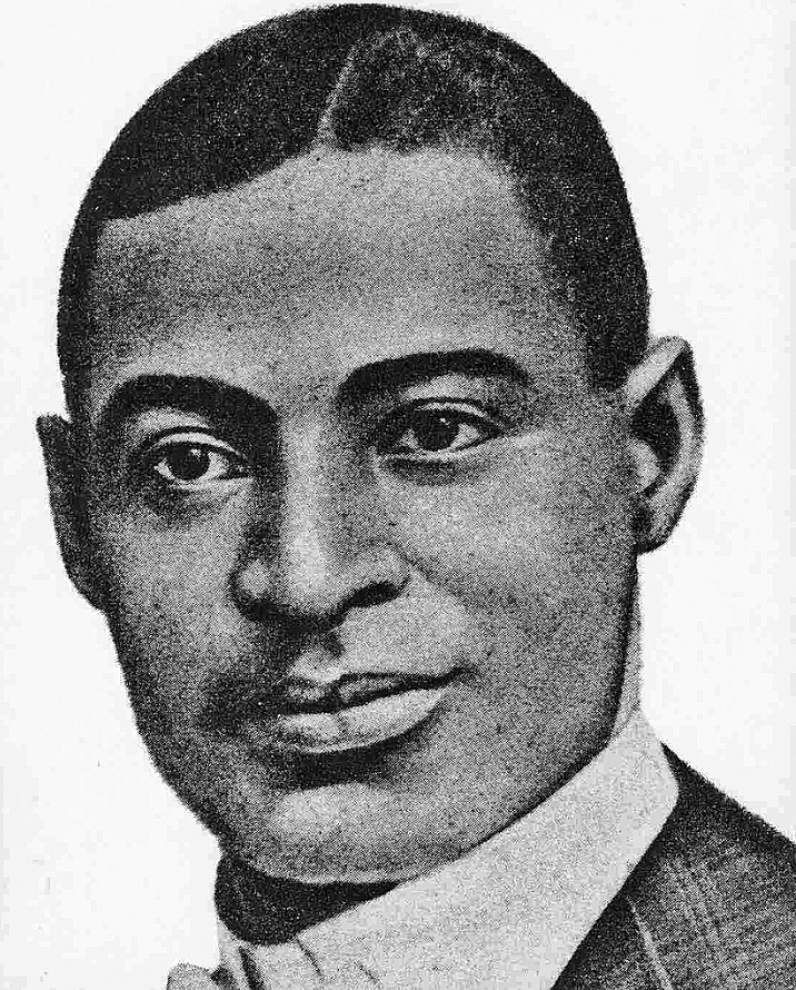 Buddy Bolden is widely considered to have been the first bandleader who played the improvised music that later became Jazz. He was known as the “King” cornet player in New Orleans and is remembered by musicians from that era as one of their finest horn players. His loud and clear voice is what made him famous. His band began playing in New Orleans parades in 1895. It eventually rose to be one of the most well-known bands in the city. His health began to decline in 1907. He was sent to a mental institution, where he would spend the rest of his life. The Bolden Band was renamed the Eagle Band by Frankie Dusen, a trombonist. They were very popular in New Orleans up to 1917. Bolden did not record, but was immortalized by the Jazz standard Buddy Bolden’s Blues (I Thought That Buddy Bolden Said). It is based on Boldens theme song “Funky Butt”. Bolden’s band was also home to several early Jazz musicians like Sidney Bechet (as an infant musician) and Bunk John. From www.redhotjazz.com