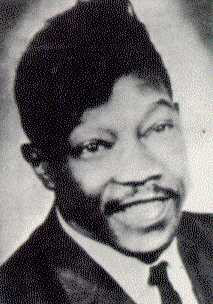 David Walker (May 5, 1941 – March 12, 1986), better known by his stage name Bunker Hill, was an American rhythm & blues, rock and gospel singer. Born and raised in Washington, D.C., Walker sought a career in professional boxing, at one point becoming the sparring partner of Archie Moore. He left boxing to pursue a career singing gospel, and in the late 1950s joined the Mighty Clouds of Joy. In 1962 he was offered the chance to record a secular novelty song by manager Ray Vernon, the brother of Link Wray. Adopting the pseudonym Bunker Hill so as not to lose his position with the Mighty Clouds of Joy, he recorded several tracks with a band including Link Wray on guitar. One of the tracks, “Hide and Go Seek”, became a hit single in the United States, reaching #27 on the Billboard R&B charts and #33 on the Billboard Hot 100, and was featured in the 1988 movie Hairspray. Despite hiding his identity, he was still found out and asked to leave the Mighty Clouds of Joy as a result. His later life is obscure, although it is believed that he did perform occasionally as a member of the Mighty Clouds of Joy before leaving the music industry in the late 1960s. According to researchers Bob Eagle and Eric LeBlanc, he died in Houston, Texas in 1986, aged 44