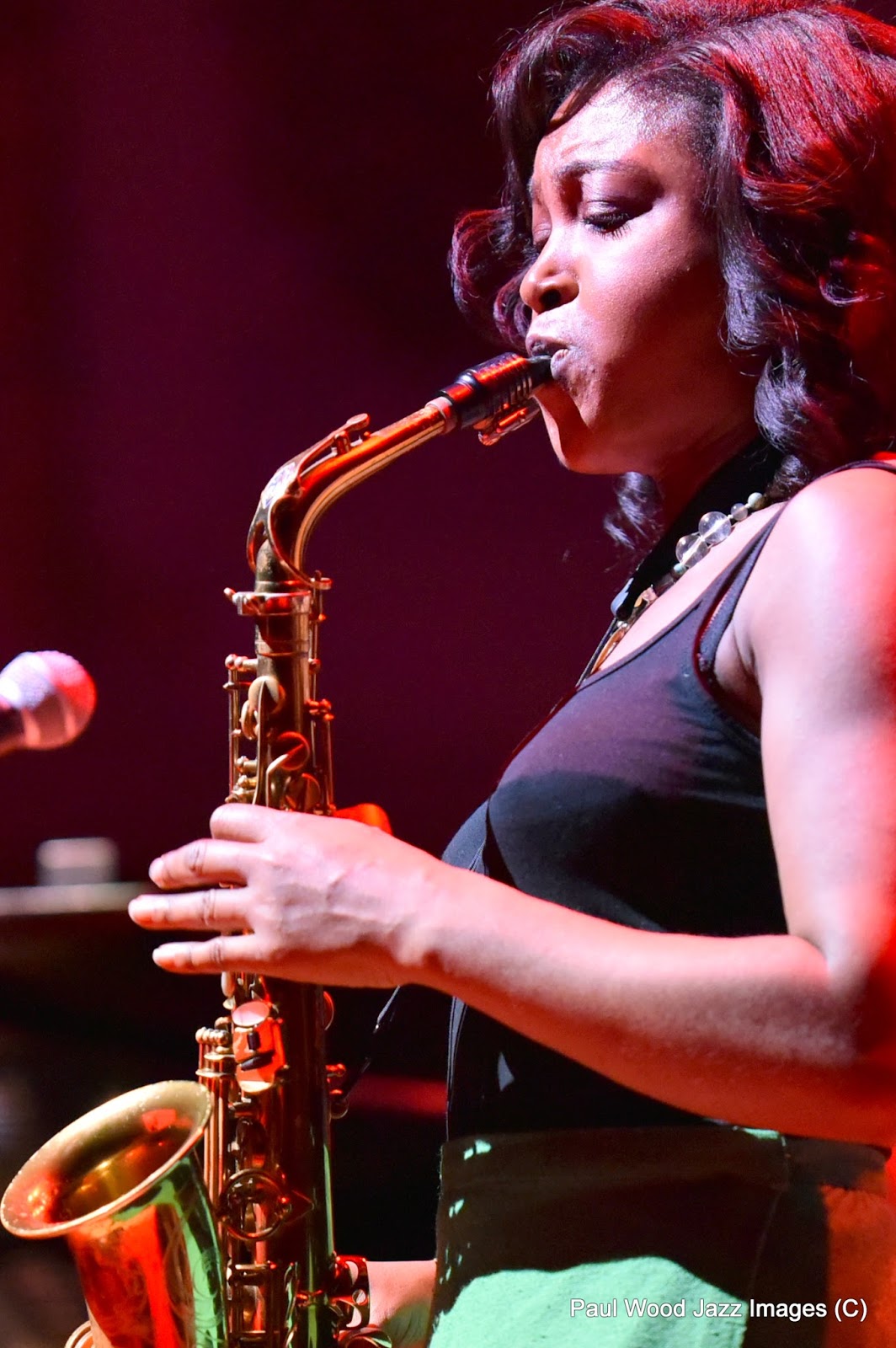 CAMILLA GEORGE, A LONDON BASED SAXOPHONE PLAYER. IMPROVISER. COMPOSER. AND TEACHER. When she was 11, she began playing saxophone. She won a music lesson, and she went on to win saxophone lessons. Camilla studied with jazz legends like Jean Toussaint (of Art Blakey fame), Tony Kofi and Christian Brewer. She graduated from Trinity College of Music in 2012 with a Masters degree in jazz. In addition to the Archer Scholarship, she was also awarded an outstanding performance award. Camilla has been working alongside Tomorrows Warriors since 2004 and the Nu Civilisation Orchestra, including a UK tour performing at prestigious venues like the Queen Elizabeth Hall. She also leads workshops for younger members of The Warriors family. She joined Jazz Jamaica, an award-winning band whose members include Soweto Kinch, Nathaniel Facey, and Jason Yarde. She performed at London’s Ronnie Scotts jazz club with Jazz Jamaica and Ernest Ranglin in October 2009. Jazz Jamaica was nominated in 2013 for the MOBO award for Jazz Performance. Camilla was last seen at Ronnie Scott’s on three consecutive nights in October 2014. It was received with rave reviews and sold out performances. She also joined Courtney Pine’s Venus Warriors in 2014, an all-female super group that performed their first gig at The Hideaway jazz club. from http://camillageorge.com