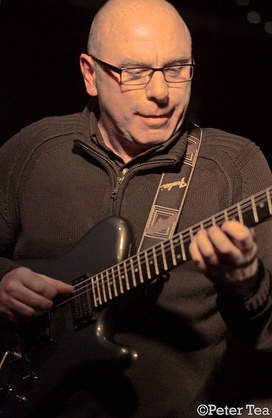 Carl Orr has recorded and performed with some of the most respected musicians on the planet, including Ernie Watts and Bennie Maupin, as well as Billy Cobham and George Duke. He’s a regular at London’s Ronnie Scott’s Jazz Club with his own band, and as a member Mark Fletcher’s supergroup “Fletch’s Brew”. Carl has taught guitar at The Australian Institute of Music (Brunel University), Middlesex University and The Academy of Contemporary Music. He is a prolific composer and has recorded eight albums as a leader. His albums include Nathan Haines, Fletch’s Brew and Geoff Eales. Forbearance, his latest album, is a departure from his jazz and Fusion recordings. With the help of Tim van der Kuil, Grant Windsor and Grant Windsor, Carl has created an acoustic guitar-based album that explores pop, rock, folk and Americana. His music is his contribution to a peaceful and harmonious world. Carl states that it is not enough for his music to be a mere manifestation of chaos and discord in the world. He wants it to have a powerful influence on creating peaceful relationships among people. “My goal is to make the listener feel positive, calm, and invigorated.”