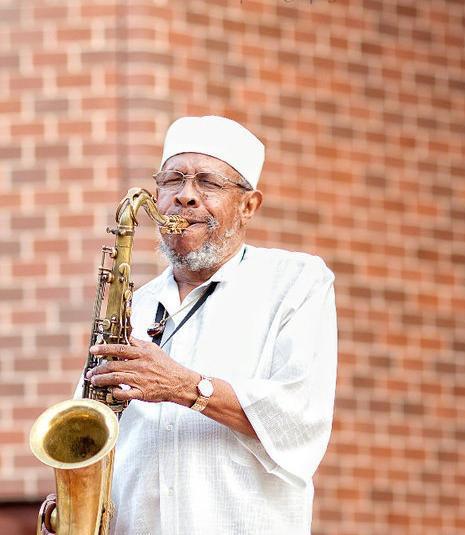 Carlos Garnett, a Panamanian-American jazz composer, arranger and leader of jazz groups, was born December 1, 1938. Garnett was born in Red Tank, Panama Canal Zone, on December 1, 1938. After hearing the music of James Moody and Louis Jordan in short films, Garnett became interested in jazz music. As a teenager, he learned to play the saxophone and began playing with soldiers at the nearby United States Army Base. He began playing in Latin and calypso music groups in 1957. Garnett joined a rock ‘n roll band led by Leo Price after he moved to New York in 1962. He also began learning music theory. In 1968, jazz trumpeter Freddie Hubbard employed Garnett and introduced him to many New York musicians. Hubbard’s 1969 album A Soul Experiment was Garnett’s debut recording. It featured two of his original compositions. Garnett was also a member of Art Blakey’s Jazz Messengers as well as Charles Mingus, Miles Davis and Charles Mingus in the late 1960s and early 70s. His own band, the Universal Black Force, was also formed. Between 1974 and 1977, his group recorded five albums. Garnett, who was suffering from depression and drug addiction, had a spiritual awakening in 1982 and quit playing music for many years. He began performing again in 1991. His new group, Garnett’s Fuego en mi alma (1996), Under Nubian Skies (99) and Moon Shadow (2002) were released. He returned to Panama in 2000 to continue his active performances. Garnett assumed the role as Maestro, or “Teacher”, in order to pass on the jazz music to the next generation of musicians in Panama. He has also performed at three editions the Panama Jazz Festival. In recognition of Carlos Garnett’s contribution to music, Danilo Perez organized the 9th Annual Panama Jazz Festival 2012. From Wikipedia