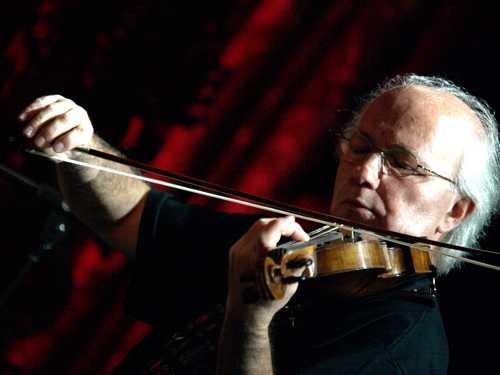 Carlos “Zingaro”, a violinist, has been working with some of the most prominent improvisers as well as composers since the late 1970s. Zingaro was born in Portugal and studied classical music at the Music Conservatory of Lisbon from age five to 1965. In the 1960s, he was part of the Lisbon University Chamber Orchestra. He then formed Plexus in the second half of the decade, which was the sole Portuguese new music group. Plexus drew on contemporary classical, rock, and improvisation and recorded a single with RCA Victor. Zingaro studied the church organ during this period. After finishing Stage Design at Lisbon Theater High School, where he also served as a board member, Zingaro became involved in the scoring and performance of theater music. Zingaro started working with many of the world’s most prominent improvisers in the mid-’70s. These collaborations were not the only ones he had. Zingaro also served as music director of Comicos, a Lisbon-based theater group. Zingaro was also instrumental in the founding of an art gallery with the same name. Zingaro was awarded a Fulbright Grant in 1979 and invited to Woodstock, NY to participate in the Creative Music Foundation. Roscoe Mitchell and Anthony Braxton were among the artists Zingaro collaborated with. Zingaro continued his involvement in the theater, receiving the Portuguese Critics Award (1981), working with Giorgio Barberio Corsetti (Italian theater director) on the Kafka Trilogy (1988), as well as being stage and costume designer for various productions. Zingaro has produced many film scores and collaborated with dance companies such as Opera de Geneve D.C. and the Gulbenkian dancing company. Zingaro has also performed at improvised and new music festivals across North America, Asia, Europe and Europe. Zingaro recorded many recordings in the 1990s, including regular collaborations with Richard Teitelbaum, recording with Joelle Leandre, for the In Situ label, and his work with Peter Kowald Ort Ensemble on FMP’s 1995 album Cuts.