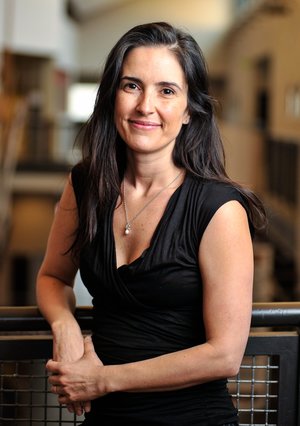 Carmen Sandim found her life’s purpose and adventure in music as a child in Brazil. Carmen’s diverse musical tastes have taken her to many places over the years: classical piano studies and jazz composition and performance as well as film scoring and a commitment to improvised music education. Her musical explorations have all been influenced by the quest for a unique and authentic sound. Her Berklee experience as a student was one of her most memorable. She had the opportunity to learn from world-class musicians and educators like Luciana Souza (Vuk Kulenovich), Hal Crook, Ed Tomasi and Hal Crook. She moved to Washington, D.C. after graduating, where she was employed as a radio, television, or political ad composer. She was awarded several Addy Awards for compositional excellence and started JAM – JustAddMusic music production company. Her work was published by SONOTON, a German publisher. Carmen moved to Boulder in Colorado in 2005 and felt that she had found a second place. Carmen accepted her new home and enrolled in the University of Colorado’s master’s program. She also opened a piano teaching workshop and began writing music that was meaningful and expressive. Her goal was to create music that is not about selling products or supporting political candidates. Boulder provided its stunning natural treasures, a healthy, spiritually-centered culture and inspiring musical friendships. Her debut album as a bandleader featured some of Carmen’s most treasured musical friendships. Art Lande, an internationally-acclaimed pianist and music guru, produced “Brand New”, which was released on Dazzle Recordings in 2011. Ron Miles, a world-renowned trumpeter and musical guru, was also featured on the album. Carmen’s Brazilian-Jazz-fusion compositions were brought to life by tenor saxophonist Danny Meyer, guitarist Matt Fuller, bassist Jean-Luc Davis, and drummer Josh Moore. Destiny brought Carmen’s most passionate musical years to their most fertile. His little sister Amelie was two years later. Carmen’s role as mother and composer, educator and pianist transformed her writing with new melodies and harmonies. Her new compositions, which are jazz-rooted and intricately arranged expressions, are Brazilian-influenced. Carmen was awarded a grant by Pathways to Jazz in 2016 to record “Play Doh” her next album. Shane Endsley (trumpet), Bruce Williamson(reeds), Alex Heitlinger [trombone], Khabu Doug Young (“guitar”), Bill McCrossen (“bass”) and Dru Heller (“drums”) are her new septet. Ropeadope Records released “Play Doh” on October 25, 2019. Carmen Sandim has a B.M. Berklee College of Music offers a B.M. in Film Scoring and a Master’s degree. She holds a Master’s degree in Jazz Performance and Pedagogy at CU Boulder. From www.carmensandim.com