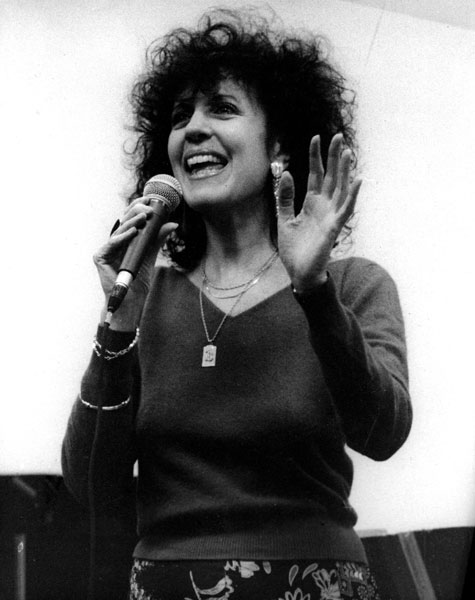 Carol Fredette is a great jazz singer. One of her many admirers, Dan Morgenstern, a critic, said that she thinks, swings, and phrases like an instrumentalist but her style with words captures the essence a lyric.” She has won praises from critics, audiences, and fellow musicians around the globe for her expressive voice, strong senses of swing, and charismatic presence. Fredette has been acclaimed as an excellent educator, vocal coach, and record producer. Carol grew up in the Bronx and was raised on the music of Stan Kenton, Chet Baker, and Frank Sinatra. She was just 18 years old, fresh from Florida State University. There, she sang with the college jazz band. After her graduation, she landed a gig at Greenwich Village’s Page Three. Carol developed close friendships with Dave Frishberg and Sheila Jordan at “The Page”. These relationships have continued to this day. She also worked alongside Bobby Short at The Arpeggio. Carol auditioned at Basin St. East for the Sal Salvador band and was immediately hired. He then took her on a tour of the country with his 17-piece band, which included Eddie Gomez and Mike Abene as well as Ronny Cuber. Carol began touring with her own bands, one of which was John Scofield. She was able to perform solo across three continents, and she became a headliner. Carol quickly settled in New York’s Jazz scene after returning from the road. She has headlined all major jazz clubs, including Birdland and Michael’s Pub, Fat Tuesday’s and Cafe Carlyle, as well as the Blue Note, Birdland and Michael’s Pub. She has performed at Pace University twice, once with Buddy Rich and another with an all Brazilian lineup. Carol has also appeared at the Vintage Jazz Series at Vineyard Theatre, and will be making her 25th appearance at the Monmouth County Library concert series. She’s performed at Scullers and Regatta Bar, Boston, Milestones, Vine Street, Los Angeles, and Stephen’s After All, Chapel Hill, NC. Highlights of her concerts and festival appearances include The British Embassy, Washington, D.C., when she performed John Dankworth’s jazz interpretations of Shakespeare’s sonnets, The Kansas City Women’s Jazz Festival, The Corcoran Gallery with Richard Rodney Bennett, American Popular Song series in Charlotte, NC, as well as a highly acclaimed program at the University of North Carolina with Dave Frishberg. Her fans include the QE2, SS Rotterdam and Banlieues Bleues Jazz Festivals in Paris, Veinte-Un, Cancun Jazz Festival, The Queen Elizabeth Hotel, Montreal, and Regine’s, Paris. Fredette has recorded and performed with a stellar list of musicians, including Hank Jones and Bucky Pizzarelli and George Mraz. Cadence Magazine said of Carol’s debut album LOVE DANCE that “She delivers an performance as definitive as any I have ever heard.” Fredette’s slick interpretations made this album a favourite among critics and D.J.’s. It was awarded the Blue Chip CD Award by Jazz Educator’s Journal. “One of the most popular vocal albums in many years .”–Jersey Jazz Magazine. The release of her new Soundbrush Records release, EVERYTHING in Time, which David Finck produced and arranged, is due to be released February 2009. It features selections from the American Popular Songbook and showcases her love for Brazilian music and rhythms. Finck says that this disc gives the listener “insight into Carol’s qualities of joy and sadness, sensuality humor, hope and most importantly, love”. Carol inspires jazz love in the next generation by performing and recording. In addition to teaching privately, she has taught master classes and workshops in vocal jazz at Duke University, City College and Jazz Mobile in Harlem. Carol says “…singing is primarily about swinging. It’s also about bringing words to life from your own experiences. I feel so fortunate to have had the chance to learn from so many great musicians. Sharing the marriage of lyrics, music and the rhythms of jazz with other musicians, audiences and students–has been a blessing and a gift.” from http://carolfredette.com