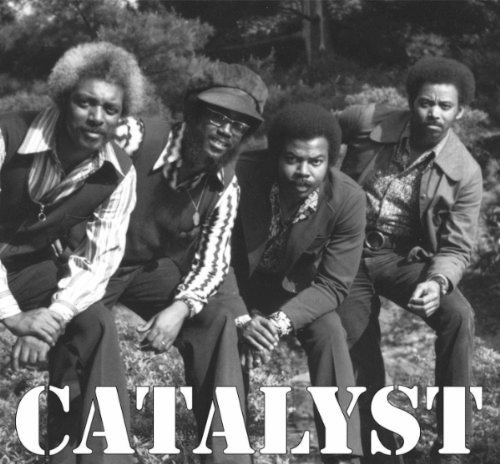 Catalyst, a funk/jazz group from Philadelphia, Pennsylvania, was the precursor to later jazz fusion artists. They enjoyed regional success in 1970s Philadelphia and became more well-known after the CD reissue. Skip Drinkwater, a producer who saw the group perform at a West Philadelphia club, signed them to Muse Records. Their self-titled debut album was produced by Dennis Wilen and Drinkwater. It was released in 1972 with the following members: Al Johnson (bass), Sherman Ferguson, Odean Pope, Odean Pope, Sherman Ferguson (keyboards), Al Johnson (bass), and Odean Papa (flute, flute, oboe). They received very little label support and spent their time in New York and Philadelphia. In 1972, the group released Perception, a second album on Cobblestone Records. By this time, Johnson, the bassist, had left to join Weather Report and was replaced by Tyrone Brown. This album was also produced by Drinkwater and Wilen. The band was compared to Weather Report, John Coltrane and Return to Forever. A cult following had developed around them by this point. They returned to Muse in 1974 with Unity. In addition to the core members, Billy Hart was featured on the album. After a Tear and a Smile, 1975 would be the last album by the group. In 1976, the group was disbanded due to poor sales and disillusionment with the industry. After their time with Catalyst Green began to play with Pat Martino, MFSB and Pope. Pope also performed with the Saxophone Choir. Later, Ferguson played with Bud Shank and Kenny Burrell. Joel Dorn’s 32 Jazz label acquired the Muse catalog in the 1990s. It released some Catalyst work on a 1998 compilation. Their entire discography, including four albums, was released on a 2-CD set entitled “The Funkiest Band You Ever Heard”. On their album “The Philadelphia Experiment”, Uri Caine (keyboards), A.Thompson(Drums, From The Roots) and Christian McBride (“bass”) covered “Ain’t it the Truth” and “Ile Ife”. Wikipedia