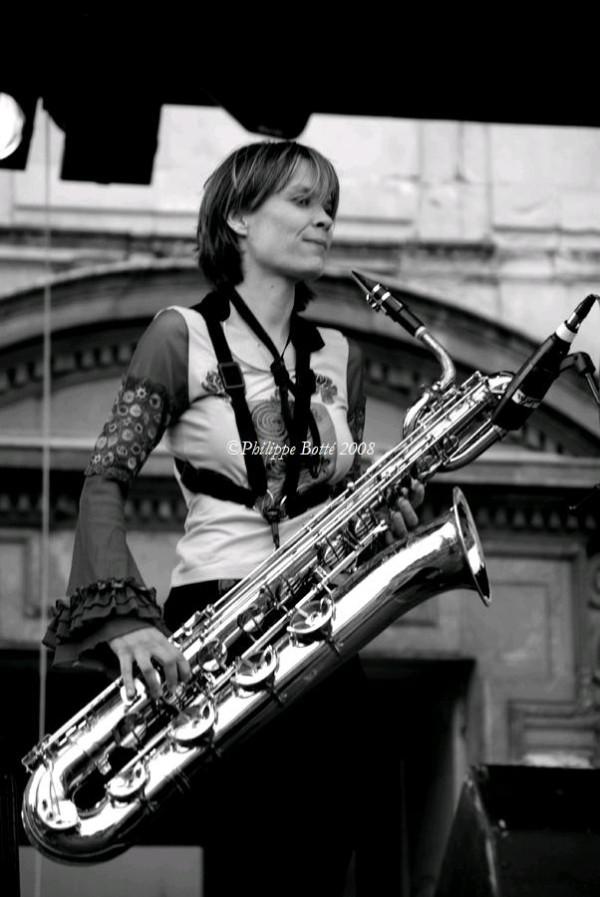 Nguyen Le, ACT-guitarist, was recommitted by Siggi Loch. Celine Bonacina, a French bariton-saxophone musician, was also recommitted. This is another example of the exciting musical discoveries that can be made when there is community spirit and an exchange of ideas within “ACT family”. Esbjorn, for instance, had previously played in Nils Landgren’s Funk Unit before he started his international career with his trio e.s.t. Youn Sun Nah, Corean’s singer, came to ACT through her work with Ulf wakenius and Lars Danielsson. Peter Erskine, the drummer introduced Nguyen to Loch. Le introduced an artist to the ACT family this time. Le was a guest on Bonacina’s 2010 album, “Way of Life”. It was an impressive debut for ACT. “Fono Forum,” a magazine, commented on Bonacina’s playing. “It’s just sensational what sounds Celine Bonacina manages with the Bariton-Saxophone.” Celine Bonacina was educated in Paris, Belfort and Besancon. She has been awarded numerous awards for her playing the classical saxophone since she was a youngster. She gained her first experience in jazz playing with big bands in Paris. She worked with Omar Sosa, a Cuban pianist, and Andy Sheppard, a saxophone player. French jazz critics were very pleased with her debut album, “Vue d’en Haut”. Due to the great success of the album, Bonacina got to play several reknowned French jazz festivals from http://www.actmusic.com