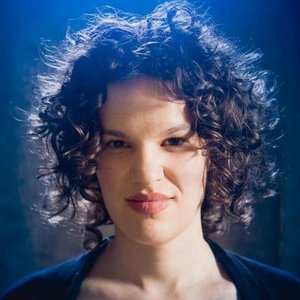 Chantale Gagne, a native Quebecer, Canada, is a jazz pianist. She began studying music when she was 8. Chantale Gagne’s passion for the piano is born at age 15. She studied jazz piano at College Marie-Victorin, Montreal, from 1997 to 1999. Then she went on to McGill University for 4 years, where she earned her degree in Jazz Piano Performance. Chantale met Kenny Barron, a famous pianist, in 2005. Although they only studied for a brief time, the encounter was so inspiring for Chantale as a composer and pianist that she decided jazz was her true calling. Chantale has been performing across Canada, the U.S., and Europe for many years. She can be found playing in trios, quartets, solo pianos, and large bands. Silent Strength, her debut album recording with Peter Washington on bass u0026 Lewis Nash on drums has received great reviews. It also features many of her original compositions. The music of Chantale has been heard on radio in these countries following the release of Silent Strength. This was due to the media attention she received. Radio-Canada awarded Chantale the distinction Revelation Radio-Canada Musique 2008. This recognition gives Chantale a special support and visibility on all platforms of the public diffuser. During the launch of Espace Jazz, she was invited to perform with Lewis Nash and Peter Washington. The album Silent Strength was positively reviewed by Jazz Times, Cadence, JazzWax.com and JazzWax.com in 2009. As far as Chantale’s interest in composition, 2009 and 2010 were decisive. Wisdom Of The Water, Chantale’s 2010 album, shows a completely different sound, with a strong folk/heartland influence, which she also demonstrates as a composer and pianist. This album features Joe Locke, a Vibes player, and Lewis Nash (drums) on it. The Left Side Of The Moon’s music is inspired by accepting the mystery of life. It contains 10 original compositions and an arrangement for the french traditional song “A la Claire Fontaine”. The rhythm band of Lewis Nash and bassist Peter Washington will be joined by Steve Wilson, a great saxophonist. from www.chantalegagne.com