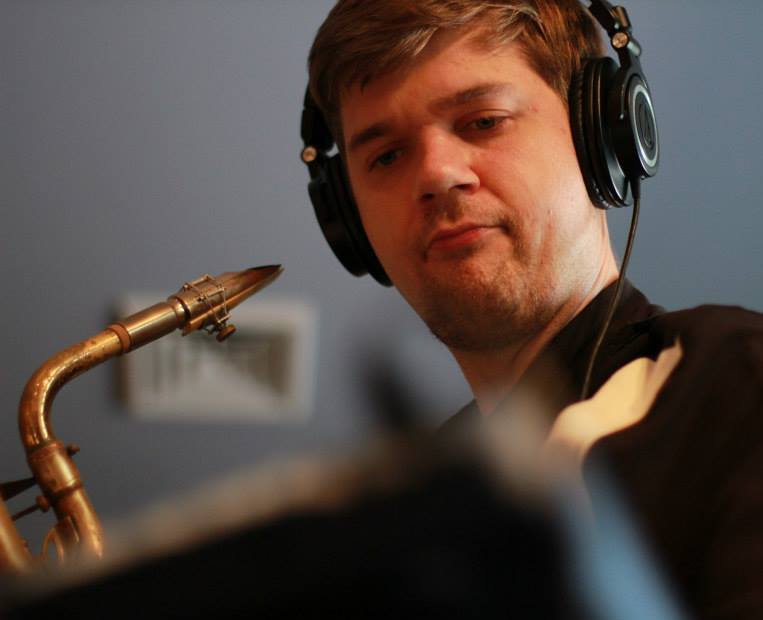 Charles Evans is an American baritone saxophonist based in New York, who specializes in chromatic improvisation/composition and traditional jazz. Since 2002, Evans has been part of the New York City creative musicians community. He moved there after completing his degree from the University of the Arts. After graduating from the University of Pennsylvania, Evans earned a Master’s degree in Jazz Performance at Queens College and NYS teacher certification. He studied with Julian Sparacino and David Liebman as well as Jim Buckley, Bill Zaccagni (the late), Ron Kerber, John Swana and Antonio Hart. Charles’ six albums as a leader have received rave reviews, including The King of All Instruments (all-baritone, multi-layered), which was awarded a 5-star review in Downbeat Magazine. Charles has been in both the Critics’ as well as Readers’ polls of the magazine in both the Rising Star, and Baritone Saxophone categories. Live at St. Stephens was awarded “Best New Release 2010 Honorable Mention” by All About Jazz magazine. Subliminal leaps was also a composition he wrote in collaboration with David Liebman, his mentor. It was released by Peter Evans’ More is More Records label. The baritonist has worked diligently to broaden the expressive range of his instrument, with specific care towards the difficult altissimo register as well as the application of chromatic improvisation/composition on the big horn. Musical projects include a chromatic/improvisational quartet with his mentor David Liebman, Ron Stabinsky, and Tony Marino; micro-tonal bebop in The Language Of with Peter Evans, Moppa Elliott, and Jan Roth, (It Needs It, No Relation) introspective duos with Neil Shah (Live at St. Stephens,) Erik Dutko (Ballads,) and Ron Stabinsky; and straight-ahead jazz with a former prized student, David Jimenez. Evans is steadfast in his dedication to non-compromising music. He started a high-performing high school band program in Queens to alleviate the obvious financial burden. He believes that teaching is as important as his artistic pursuits and that sharing his passion for music can be just as rewarding. from http://charlesevansmusic.com