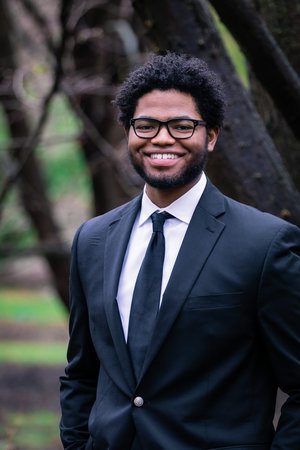 Charles Overton, a Boston-based Harpist and Performer of Jazz, Classical and World Music is Charles Overton. Lynelle Ediger taught Charles his harp lessons at the tender age of ten. He was a member the “American Youth Harp Ensemble”, which gave him the opportunity to perform at prestigious venues like the Salle Gaveaux in Paris, and Carnegie Hall’s Weill Recital Hall. Charles attended the Interlochen Arts Academy in 2009 to continue his musical development. He was a prizewinner at the Young Artist Harp Competition, and twice a finalist at the Interlochen Arts Academy Concerto Competition. Charles moved to Boston in 2012 to attend Berklee College of Music. While he continued to study classical music with Jessica Zhou (BSO principal harpist), he also started to explore jazz and other improvised musical styles more seriously. He competed in 2013 American Harp Society National Competition. He was also a finalist. Charles also became the first Berklee Global Jazz Institute student. This prestigious program allows students to work with jazz masters such as Joe Lovano and Danilo Perez. Charles has been to many summer music festivals, including the Tanglewood Music Centre, Pacific Music Festival and Castleton Festival. He has performed under the batons conductors like Jun Markl and Stephane Deneve. He has also performed in various ensembles at some of the most prestigious concert halls around the globe, including Tokyo’s Suntory Hall as well as the Stern Auditorium, Carnegie Hall, Boston’s Symphony Hall, and the KKL Lüzern Concert Hall. Charles currently resides in Boston, where he performs contemporary, classical and jazz music. Recent engagements include an appearance with his jazz group: the Charles Overton Group at Scullers Jazz Club, regular performances with Boston Philharmonic, and an appearance with the Dutch Harp Festival with the Dutch National Youth Jazz Orchestra. He also performed Ginastera’s Harp Concerto on a tour of Spain with Benjamin Zander’s Boston Philharmonic Youth Orchestra. from www.charlesovertonmusic.com