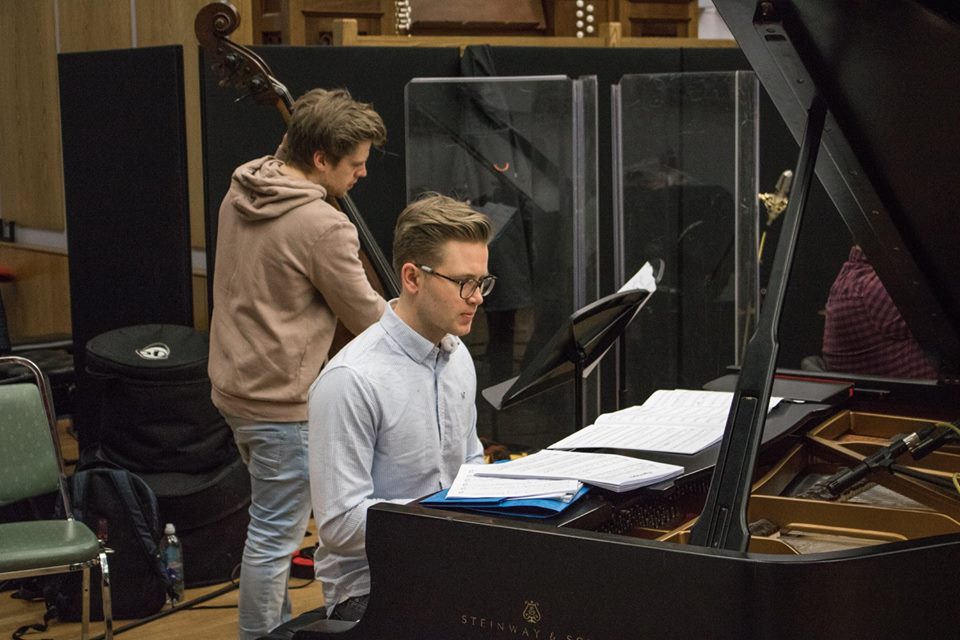 Charlie was born in 1994. He grew up in Bishop’s Stortford, and started playing the piano at age 9. Charlie was first exposed to jazz by his grandparents in his teens. He later joined the Essex Youth Jazz Orchestra. Charlie started his studies at Birmingham Conservatoire in 2013. He was taught by some the best musicians in the country, including John Taylor, Liam Noble and John Turville. Charlie graduated with first-class honours from the Conservatoire. He continues to lead his own quartet, sextet, and Big Band and also plays in other settings. Charlie is a pianist with the highly-acclaimed Midlands Youth Jazz Orchestra, and recently performed live on BBC2. Charlie is an avid arranger and composer for ensembles of any size. Charlie writes original material for all his groups. He has also written for MYJO and Birmingham Conservatoire Jazz Orchestra. Charlie was awarded the Birmingham Conservatoire Jazz Composition Prize in June 2016 for his arrangement of Cole Porter’s “Everything I Love” (Video below). Percy Pursglove, a Trumpet player and the star of The Charlie Bates Big Band’s debut album, ‘Silhouettes’ was released by them in May 2017. The album was well received by the national media and John Fordham of The Guardian called it ‘Impressive, inventive’. The album earned Charlie the Jazz Performance Prize as well as the BCU Dean Award for Exceptional Achievement. Charlie created a Big Band chart in September 2017 for Claire Martin OBE, the award-winning vocalist. from www.charliebatesmusic.com