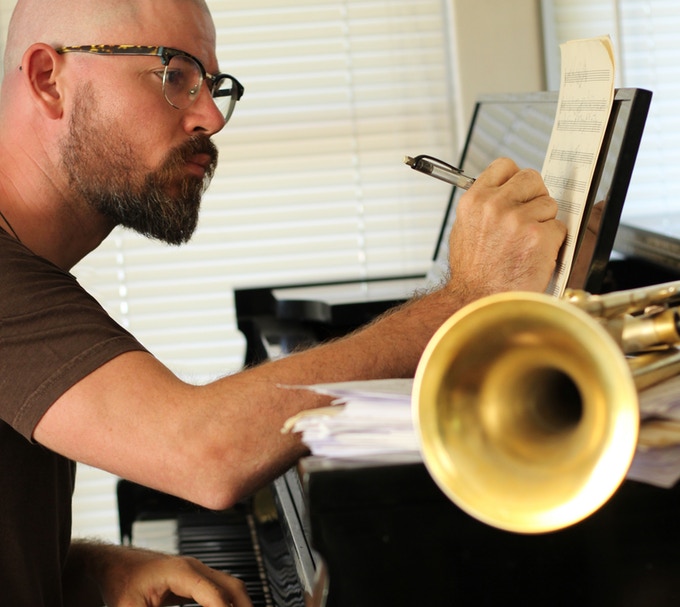 Charlie Porter, a trumpeter and composer who is internationally renowned, began his career in New York’s jazz scene. He also studied classical trumpet performance at The Juilliard School where he was mentored by Wynton Marsalis. Charlie followed in the footsteps his mentor and explored many projects, including jazz and classical, Indian, African, Australian Aboriginal, and Korean music. He sought to find common ground between all “good music” and avoided the stigma of being a “jazz” musician or a “classical” musician. His experience touring in India, China and Southeast Asia with his quartet as part of Jazz at Lincoln Center’s American Music Abroad program has shaped Charlie’s inclusive vision of music. Porter recorded his debut album, entitled Charlie Porter, which features original compositions. This was much-awaited. Charlie has been a jazz side-man, band-leader, and classical soloist, touring the globe as a chamber musician and classical soloist. He also recorded with many other notable musicians over the past twenty years, including jazz legends Joe Zawinul and Charli Persip, Chuck Israels, and Chuck Israels. Kristjan Jarvi, who is the director of the electro-acoustic Absolute Ensemble that won grammys, also named him a founding member. Porter holds degrees from The Juilliard School, Manhattan School of Music in Jazz and Classical Performance. He was also a Fulbright scholar at the Paris Conservatory. Charlie is the first trumpeter to be awarded 1st place in the jazz and classical divisions of National Trumpet Competition. He has been commissioned as a composer by Chamber Music America, and the Doris Duke Foundation. from www.charlieportermusic.com