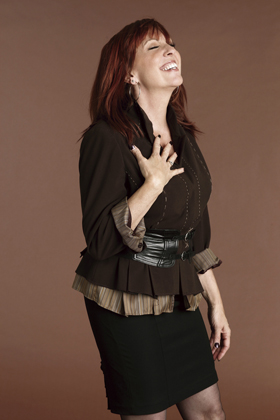 Cheryl Bentyne, a member of Manhattan Transfer since 1979 made her a valuable asset to the group. Her beautiful voice, range, versatility and stage presence have made her a key player in the success of the vocal group. Bentyne was raised by a clarinetist father who ran a Dixieland group. While in high school, Bentyne performed swing music with the group. For four years, she was the New Deal Rhythm Band’s lead singer. She then replaced Laurel Masse in 1979 with the Manhattan Transfer. Her first solo album, Something Cool, was released in 1992. It was produced by Mark Isham (trumpeter/arranger), and featured Bentyne exploring jazz standards in a jazz-inspired setting. Bentyne’s next solo album was not released until after she had performed and recorded with the Manhattan Transfer for ten years. Among Friends was released in 2003. Bentyne performs in a straight-ahead jazz style using various American Popular Songbook standards. Bentyne has remained true to the acoustic jazz style, releasing an endless stream of albums, including Lights Still Burn in 2003, Let Me Off Uptown 2005, and Book of Love 2006.