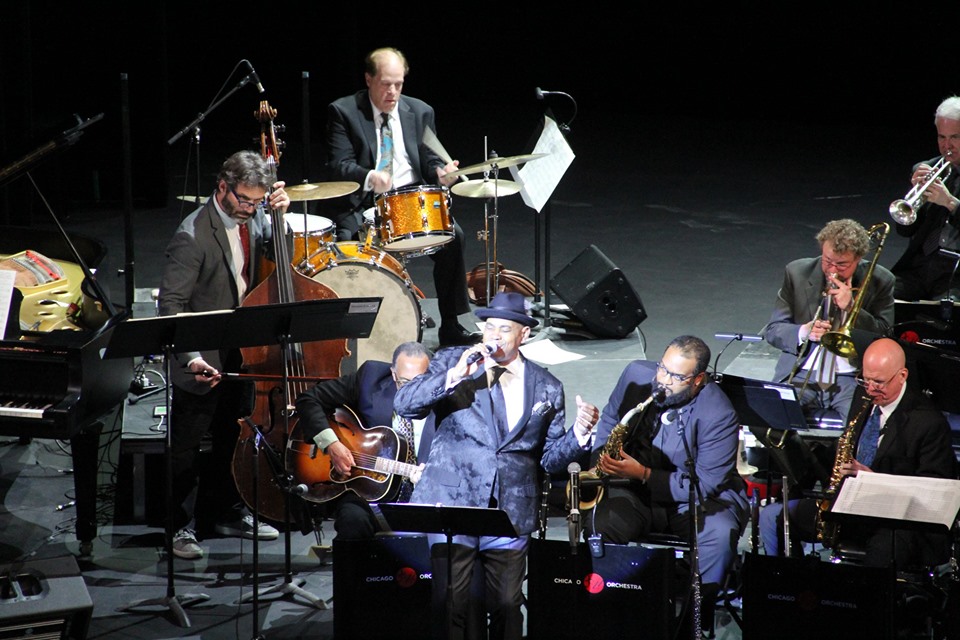 Through unique performances, collaboration, education, and education, the Chicago Jazz Orchestra (CJO), celebrates and preserves jazz orchestra music, an American original art form, for all audiences. CJO aims to promote and develop an appreciation of the music for American jazz orchestras as they were originally created, performed and recorded by jazz soloists and master composers. The CJO is a collaborative effort and partnership that seeks to offer educational and listening opportunities in a variety formats and settings. CJO is Chicago’s oldest professional jazz orchestra and one of the most respected jazz repertory orchestras. The original idea for a big band was created by Steve Jensen and Jeff Lindberg in 1978. It was called the Jazz Members Big Band. They could not have imagined the transformation that would lead to the Chicago Jazz Orchestra. This 17-piece jazz ensemble has won both national and international recognition. Jeff Lindberg, Artistic Director and Conductor of the Orchestra, is a leading transcriber in jazz. His vast jazz library includes works by Dizzy Gillespie and Duke Ellington, as well as Lionel Hampton, Benny Carter and Oliver Nelson. CJO members, including Charles Harrison, also perform compositions and arrangements. The CJO has been presenting classic American jazz orchestra repertoire at affordable prices to diverse audiences for more than 35 years. Jeff Lindberg is always looking for new challenges in both repertoire and stylistic options. This has made the Orchestra a favourite performer in jazz venues as well as for dances, concert settings, receptions and dances. It’s just about everywhere that great big band music can be played. The Orchestra’s transcriptions of the original recordings are available to the public, so audiences can hear some of the unique arrangements. The Orchestra performs at many venues and institutions in the Chicago metro area, including the Spertus Institute (Venue VIX10), University of Chicago Symphony Center, Jay Pritzker Pavilion and Midway Plaisance. The Orchestra’s principal partner in educational programming is Merit School of Music. This includes day-long clinics, master classes with renowned guest artists, and open rehearsals. CJO provides free concert tickets for students in public schools and their families. For more than 25 years, the Kennedy Center Honors Supper Dance has had the CJO as its resident orchestra. The Orchestra performed in front of a packed house at the Spoleto Festival USA, Charleston, South Carolina, in 2006. CJO has performed in Europe twice including performances in Italy and Spain. The Orchestra has performed alongside such artists as Dizzy Gilpie, Nancy Wilson and Herbie Hancock, Jon Faddis (Sweden), Kurt Elling, Jack McDuff and Kenny Burrell. The CJO’s recording, Clark Terry and Jeff Lindberg’s Chicago Jazz Orchestra, George Gershwin’s Porgy and Bess, Americana Music (2004), received wide critical acclaim. It was nominated as Jazz Album of The Year by the Jazz Journalist’s Association and earned a rare “Five Stars” rating from DownBeat magazine. This album was also ranked among the top 10 recordings of the past decade. It was also included on the Jazz at Lincoln Center, Jazz Times and Jazz Education Journal’s annual “top CD” lists. The CJO released Burstin’ Out to celebrate its 35th year in 2013. It features Cyrille, an emerging singer, and the Orchestra. This diverse album includes both original and classic jazz arrangements. Howard Reich of the Chicago Tribune described the CJO’s “sublimely controlled” nature. In 2006, he reported on the CJO’s “Battle of the Bands” in Millennium Park. This series featured a diverse collection of jazz arrangements and classics. In 2015, Mr. Reich cited the CJO as “one of the best big bands in the country.” Kevin Whitehead of the Chicago Sun-Times believes that a CJO performance is “what repertory jazz should be: not a tepid re-creation of work, but a chance to hear how skillfully blended instrumental voices can set a room humming.” from www.chicagojazzorchestra.org