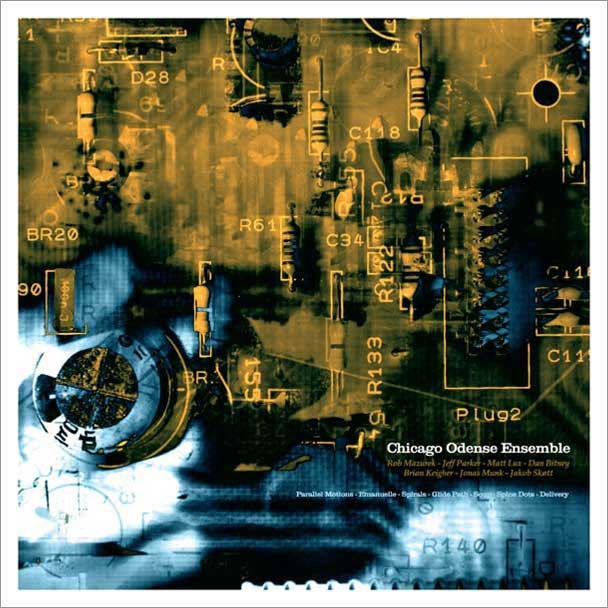 Chicago Odense Ensemble is an original collaboration that was formed in 2008, while Jonas Munk (danish musician) and Jakob Skott (chicago underground collective) were in Chicago. A studio session was set up for them to improvise with some of Chicago’s best improvisers, including Tortoise and Chicago Underground Collective. Hours of spontaneous ideas, grooves, and atmospherics were captured during the Chicago studio session. These ranged from intense, loud musical outbursts by Rob Mazurek to subtle, vibrant ambiences. Jonas Munk, Odense’s studio manager, edited and re-arranged the best moments and added a dreamy, dubby touch to the soundscape. It is a unique musical mix that combines elements of electronica, hypnotic music and jazz. This kind of music can be compared to early 1970s protofusion jazz, which attempted to achieve a similar synthesis between jazz improvisation and psychedelic rock. It also used the studio as an instrument rather than a recording space. This album is conceptually more similar to Miles Davis’s early 1960s experiments in electric music that culminated in the 1970s with albums like “Live Evil”, which combines improvisational jazz with funk, psych, and percussion-driven world music. Chicago Odense Ensemble has a modern sound, but it is also very reminiscent of a time when jazz and rock elements were still valued with optimism. It was a time when musical spontaneity, freedom, and cosmic beauty were more important than esoteric formalism. from http://www.chicagoodenseensemble.com