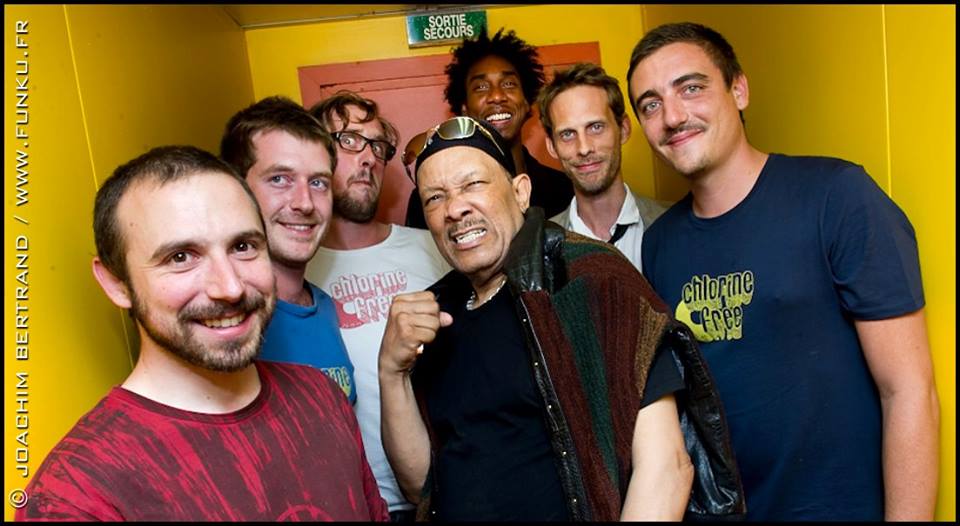 French group Chlorine Free, first heard on Rubin Steiner’s compilations. They breathe new life into Jazz Fusion. They could be really onto something with their unique mix of Jazz, Funk, and elements of electronica. The current lineup of seven musicians is inspired by Jazz music, but also by many other genres. They are equally at home in the studio, jamming out and experimenting, as well as classics. Chlorine Free’s live performances are a treat for the ears as well as the eyes. The combo features two keyboardists (Rhodes u0026 Clavinet), a drum-bass player, trombone, flute, and a DJ. This is not a typical line-up. They create powerful grooves that deconstruct Jazz, Funk, Electro and all other genres. It’s no surprise that Raashan Ahmad, a highly respected hip-hop artist, accepted their invitation to appear on Start Fresh, the band’s debut EP, which was released last May by DuNose Records. The SF-based poet/rapper contributes vocals for Chlorine Free’s addictively funky song “D’fish”, which has been receiving serious airplay on French avantguarde Radio Nova. http://umstrum.com