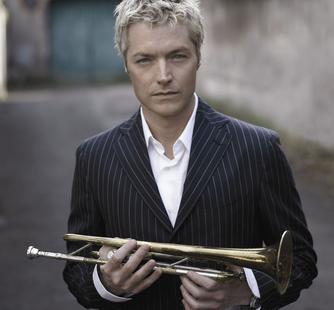 Chris Botti is best known as a trumpeter and contemporary jazz performer. However, he made his first splash in the pop music world. Born in Oregon, Botti began playing the trumpet at age ten. While still in high school, he became a professional performer. Botti, who had studied in the highly respected Indiana University music program, was mentored by jazz educator David Baker. He then moved to New York with George Coleman, the trumpet player and Woody Shaw. Under the direction of Hugh Padgham, Arif Mardin and other producers, he quickly rose to prominence as a pop session player. His trumpet was used on recordings by Bob Dylan, Aretha Franklin and Thomas Dolby. Botti joined Paul Simon’s band in 1990. He remained there for five more years. In 1995, he released his solo debut, First Wish. This record combined the sounds of pop-jazz and the textures of rock music. Botti returned to the scene in 1997 after scoring the film Caught. His second album, Midnight Without You was followed in 1999 by Slowing Down the World. He was also a featured soloist in Sting’s Brand New Day tour. This allowed Botti to re-discover old musical passions and discover new ones. The jazzy pop of Night Sessions (2001), recorded in Los Angeles. This muse was further explored in 2003 with A Thousand Kisses Deep and, to a lesser degree, in 2004’s When In Love. Italia was his first Top 40 hit and was followed in 2005 by To Love Again: the Duets, which was his number 18. Italia was followed by the live album Chris Botti at Boston in 2009.