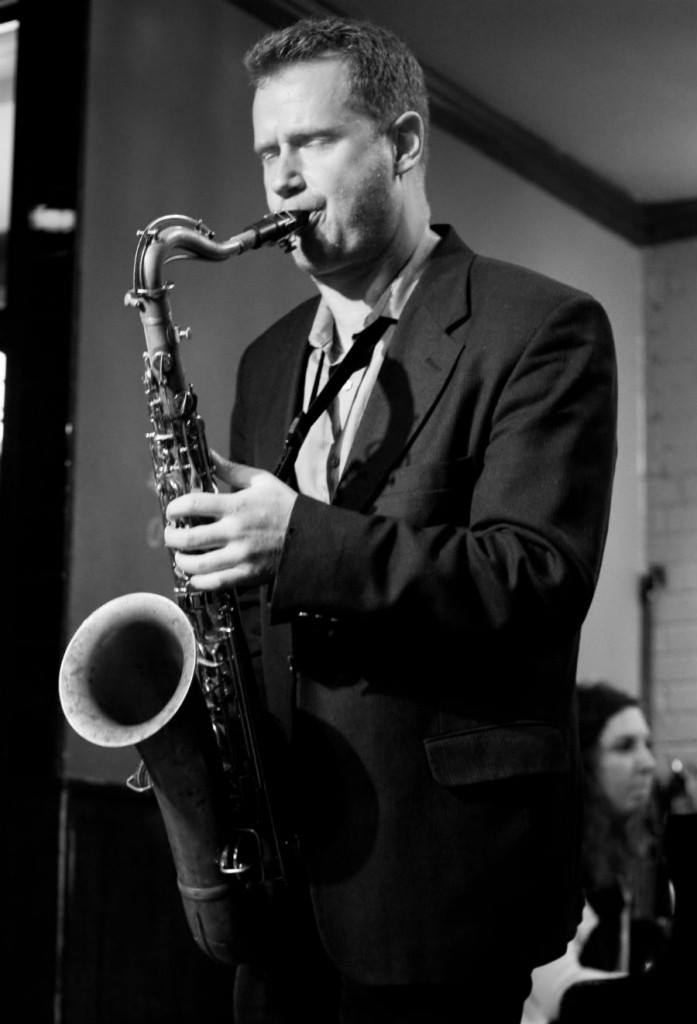 Chris Gale, a Hamilton-born saxophonist, has been a highly sought after musician since 1994 when he moved to Toronto. Chris’ varied career as a side-man allows him to tour the globe and record extensively. Gale’s skills as a composer, pianist and jazz musician can be heard on his debut CD ‘Strays Stays’. This is an independent project that features Gale’s sextet. Chris has recorded with many other Toronto jazz and blues musicians, including Tyler Yarema and Bill King. He also recorded the Juno Award-winning Juno Award-winning cd “Tales From the Blue Lounge”, which was released by Richard Underhill. Gale’s varied musical career also saw him perform with Soca king Lord Nelson and blues guitarist Colin James, as well as country-rock legends Blue Rodeo (as part of the Bushwhack Horns). Performances at the Montreux Jazz Festival, Montreux, Switzerland, and the Canadian Consulate in Paris were just a few of his other accomplishments. Chris attended the 2003 Banff International Jazz Workshop, where he performed and studied with John Abercrombie and Dave Douglas. Chris regularly performs and records with several Toronto-based bands such as The Worst Pop Band Ever (The Mongolian Warlords), Brandi Disterheft Quartet, Peter Hill Band, Laura Hubert, and TylerYarema. http://therex.ca