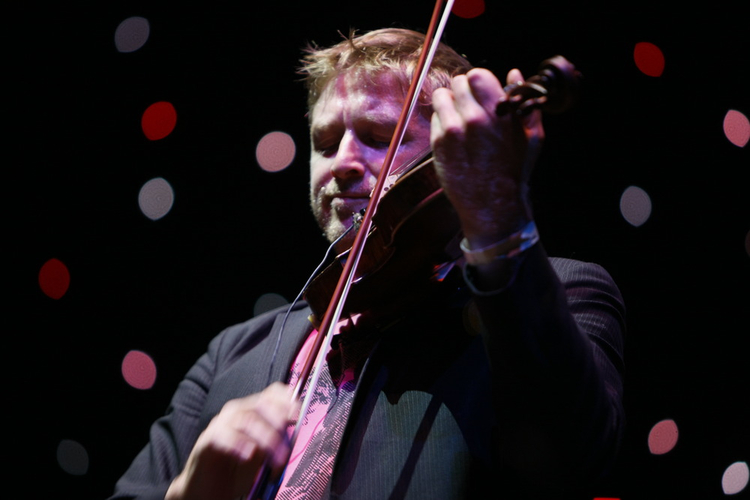 Chris Garrick is an internationally renowned composer and an improvising violinist. His father, Michael Garrick, was a pianist and composer who gave him valuable insight into jazz music. On the classical side, he got equal inspiration from the legendary recordings of Jascha Heifetz, a great Lithuanian violinist. Jazz won and he began performing with Johnny Dankworth, Cleo Laine and Nigel Kennedy by the age of eleven. From 1989 to 1994, he studied at London’s Royal Academy of Music and was the first jazz musician to receive their highest honor, the DipRAM. He now lives in the Pyrenees orientales near Prades and its annual Festival de Pablo Casals. Here he leads a multi-musical lifestyle in jazz, pop, rock, gypsy and tango. You can hear his solo violin on many soundtracks, including Chicago, Moulin Rouge and Chocolat. He has recorded and worked with many artists, including Dolly Parton and All About Eve, Julian Joseph, Bireli lagrene, Dolly Parton and All About Eve, Simon Mulligan and Angelo Debarre. John Etheridge, the guitarist of their critically acclaimed Tribute to Stephane Grappelli, has taken him on tours to Australia and the Far East. He toured Israel in 2001 with Cleo laine and the Israel Philharmonic Orchestra. He is also the leader of his own quartet, the Christian Garrick Quintet. Audionetwork.com