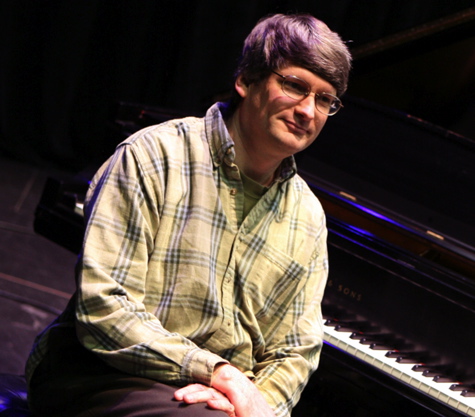 Chris Jentsch, a Brooklyn-based guitarist, composer, and bandleader, is primarily a jazz and contemporary improvisational form musician. He has received grants or commissions as a composer from the Maelstrom Percussion Ensemble and the Penfield Commission Project. The Composers Assistance Program of the American Music Center, Meet the Composer, New York State Council on the Arts, and the Ucross Foundation. Jentsch recently recorded a series concerts and recordings in connection to his NYSCA commission: Cycles Suite with Mike Kaupa. This was for his 17-piece ensemble Jentsch Group Large. Jentsch is a bandleader as well as a sideman and has performed all over the Northeast and Florida. He is a guitarist on CD John Cage Orchestral Works I (Mode Records), where he was responsible for the first recordings. His main ensemble, Jentsch Group, is based in Brooklyn, and can be found in its trio, quartet or chamber configurations. New York City performances include the Cornelia Street Cafe and Internet Cafe, World Turning Festival, Medicine Show Theatre, Symphony Space, Symphony Space, Symphony Space, Symphony Space, Barbes, Barbes the Knitting Factory, Tea Lounge, as well as the Kitchen. His 1998 first CD Media Event, featuring his working trio from that time, was released. The second CD Media Event, Miami Suite (1999), features original music for large jazz ensembles. American Composers Forum commissioned Brooklyn Suite to be released on Fleur de Son Records, 2007. It was a showcase for the composer’s many electric guitar textures and the large forces of his large ensemble. Cycles Suite for Group Large, the final suite in a trilogy, was released in 2009. Next year, Fractured Pop will be the Jentsch Group Quartet’s record. Jentsch has earned several jazz guitar and liberal arts degrees from Gettysburg College and the New England Conservatory. He also holds the Eastman School of Music’s Doctor of Musical Arts in Jazz Composition. Advance Music and the University of Northern Colorado Press published him. Visit www.chrisjentsch.com