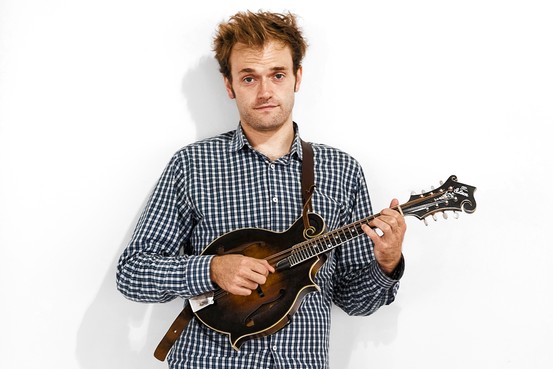 Chris Thile, a mandolinist, is one of the most highly-acclaimed musicians his generation. He was just a toddler when it all began in Oceanside, California. He was taken by his parents to Carlsbad pizza parlor every week, where he heard John Moore’s Bluegrass Etc. There he met Sara and Sean Watkins who would become his future Nickel Creek bandmates. The mandolin was a magnet for the youngster. Moore began lessons and the five-year old was soon on his way to performing on stage. Chris says, “I was too young for me to be nervous.” “I thought, ‘Oh! This is what you get when you’re five.’” Soon, the Thiles were going from bluegrass festival to bluegrass fest in their family camper. Chris loved music and jamming with others. He also won championships. At eight years old, Chris and Sara had founded Nickel Creek. The trio, which was a genre-bending band, would sell millions of albums and win a lot of honors including a Grammy and a few IBMA Awards. Nickel Creek declared a “indefinite hiatus” in 2007, but they reunited in 2014 to release A Dotted Line (Nonesuch Records). In 1996, Chris made his Prairie Home Companion debut. The broadcast featured many young talents. Chris, then 15 years old, clearly fit the criteria. Chris was 15 when he booked his first APHC appointment. He received a MacArthur “genius grant” in 2012. His contributions have been significant, and not just in bluegrass music. His mandolin concerto Ad astra per allas porci was premiered in 2009 by the Colorado Symphony Orchestra. He has worked with many musicians. His album is called Bass